The update is now being rolled out to the 32-inch and 43-inch models. 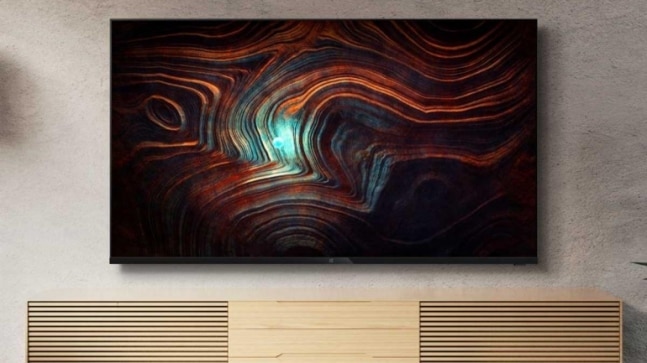 OnePlus recently launched new mid-range and budget segment televisions. These TVs split across the OnePlus Y and U series brought with them three devices, and now, the company has announced that it has started to roll-out the second major software update for the budget OnePlus Y series TVs.

Announced via the company's forum, the update is now being rolled out to the 32-inch and 43-inch models. This new update brings additional features and improves user experience of the device. The updates also add optimisations for the OnePlus Connect app to improve audio quality in the default settings, and improvements to the system and memory usage.

2. Optimized OnePlus Connect experience by offering a better connection between Mobile and TV

4. Optimized the system and memory usage for smoother experience.

OnePlus has announced that this update will first be rolled out to a small number of users, and will later be extended to the rest of the OnePlus TV Y users.

Available in 43-inch and 32-inch variants albeit sporting displays with different resolutions the OnePlus Y series starts at Rs 12,999 for the smaller variant (OnePlus TV 32Y1), and goes up to Rs 22,999 for the bigger, full HD panel on OnePlus TV 43Y1).

The OnePlus Y series TVs come equipped with panels that boast of a 93 DCI-P3 per cent and an 83 per cent NTSC Colour Gamut. Both the TVs are powered by the company's Gamma processing engine similar to the Gamma engine in more expensive OnePlus Q series TVs -- which improves picture quality by performing real-time image quality optimisations. It also brings features such as Adaptive Contrast, Random Noise Reduction, and Ultra Smooth Motion. With the new Y series, OnePlus has also introduced other features that reduce blur and ghosting. Of the two, the 43-inch variants come with full HD panels, while the 32-inch variant comes equipped with an HD display.

Despite the affordable prices, the sound system in both Y series TVs seems impressive. Both the TVs have a sound system powered by Dolby Audio, with the OnePlus Y Series TVs promising a "cinematic soundstage" to fully immerse the user into their favourite shows. The two also bring a surround sound system that is promised to offer "crisp clarity". The audio on the TVs is handled through two 20W full-range speakers which should be good enough for a medium-sized room.