OnePlus now has plans to make inroads into the entry and mid-segment of the TV market with new affordable smart TVs. 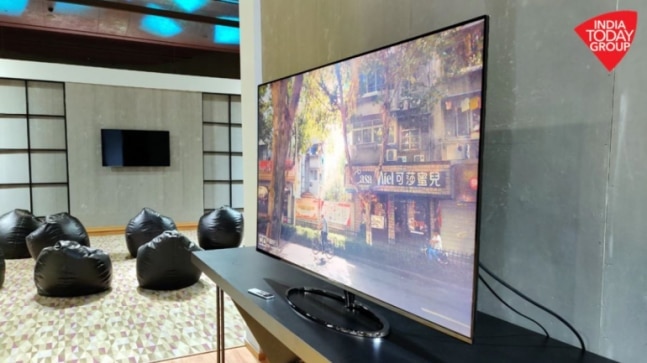 After testing the waters in the premium segment of the television market in India last year, OnePlus is now going to be working on an affordable smart TV, one that it hopes could help it make deeper inroads into the market.

The information comes after OnePlus' CEO Pete Lau took to Twitter to announce the company's plans to launch an affordable smart TV on July 2 for the Indian consumers. In the tweet he confirmed that the company is indeed going to be making a "premium smart TV experience more accessible" to its buyers in India. The tweet also goes on to hint that this new offering will be an affordable TV that will bring premium features with itself.

While it still remains to be seen what this TV will be like, and the features it will bring with itself, the most interesting bit is that the TV could be a great disruptor in a segment that has seen increasing competition from new and established players in the last year and half.

In an interview with The Economic Times, OnePlus India's chief strategy officer Navnit Nakra has also said that the company plans to launch new smart TVs to reach a wider audience. Interestingly, the report also goes on to add how this new TV could be an entry-level smart TV priced around $200 (15,000). The company could also launch a mid-range TV that will likely be in Rs 20,000 to Rs 40,000 segment.

The launch of the new TVs at this price point also makes a lot of sense as the entry and mid-level segments are the ones that make up for the bulk of the Indian TV market. Quoting a

As per Counterpoint's January-March report, India's entry-level smart TV segment (below Rs 20,000) is where 45 per cent of the sales of overall smart TV market were seen. The mid-level segment (up to Rs 40,000) then had 33 per cent market share.

It'll be interesting to see the new products once they are finally launched as they could very well prove to be an exciting new option for the entry and mid-segment smart TV buyers in the country. While we cdon't have any information on the TVs as of now, the fact that it has been confirmed officially for the country only suggests we will be getting more information about the TV in the coming days.