The OnePlus Buds if launched will add to the existing portfolio of the company's audio products which includes the recently launched Bullets Wireless Z. 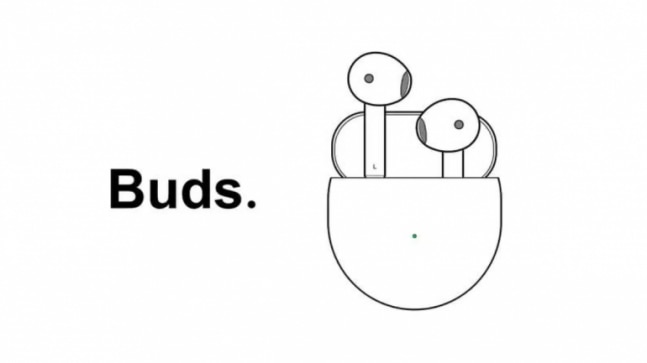 It's no secret that OnePlus is working a pair of truly wireless earbuds that it is likely to launch in the coming weeks. The earbuds have been tipped to launch in July alongside the company's upcoming mid-segment smartphone, the OnePlus Z. The company's first truly wireless earbuds have previously been tipped to feature an AirPods-like design, and now, a new leak has also revealed the name of the upcoming product.

As per the report, the company's new audio accessory will be called the OnePlus Buds. But that's not all. The report also goes on to share a new teaser that also shows off the design of the TWS earbuds. The report courtesy of leakster @maxJmb, makes it clear that the company will likely drop the Bullets moniker from this new line-up of products.

As for the new teaser image, it again shows off truly wireless earbuds with Apple AirPods-like design, which over the past few months have been copied by a number of phone makers including unique including Realme, Vivo and Oppo.

The image also shows the buds housed inside a case with an LED in front -- possibly an indicator for charging and battery level. While nothing else is known about the OnePlus Buds, the expectation is that the earbuds will come with modern features such as support for touch controls, Google Assistant, and fast-pairing with OnePlus devices.

The OnePlus Buds if launched will add to the existing portfolio of the company's audio products which includes the recently launched Bullets Wireless Z, the company's latest wireless earphones which come with some visual improvements over its predecessor. The design appears almost identical but OnePlus' new Bullets are available in four colours this time, including black, blue, mint and oat. The earphones also have a neckband design.

Reliance's JioMart goes live in India: Will it survive in Amazon-Flipkart dominated market?