Despite differing in size, design, and price, the OnePlus U1 and OnePlus Y series share a lot of interesting features. 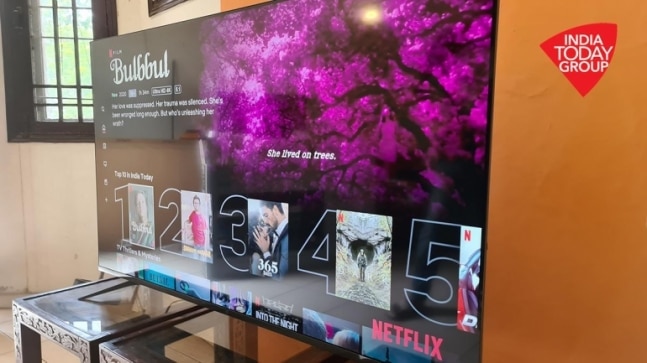 One of the biggest names in the world of technology, OnePlus, has launched its new range of smart televisions in India. Spread across the budget and mid-range segments, these new smart TVs are an attempt by OnePlus to reach out to a larger base of consumers than it managed to with its OnePlus Q1 range of TVs launched last year.

Despite differing in size, design, and price, the OnePlus U1 and OnePlus Y series of TVs bring with them a lot that is common. All three smart TVs promise the same premium experience, and immersive picture and audio quality.

"The expansion of the OnePlus TV product portfolio is an important step forward for us and is aligned with our vision to build an accessible connected ecosystem. With the launch of the two new smart TV series, we aim to better bring premium technology to more homes in India by making high-quality products more accessible across new price segments," said Pete Lau, Founder and CEO of OnePlus. "The OnePlus TV U Series and OnePlus TV Y Series are important leaps in sharing our vision of intelligent connectivity with more users."

Here's all you need to know about the new smart TVs from OnePlus:

And that's a wrap. Smarter TVs. Smarter Choices. What was your favourite part from the Keynote? Let us know below pic.twitter.com/sphIcnoXAB

-- To begin with, the new OnePlus smart TVs are exactly what the company had claimed them to be from the start affordable. Unsurprisingly, the most aggressively priced model here is the entry-level OnePlus Y TV which can run natively in HD resolution. The TV starts retail at Rs 12,999. The Full HD OnePlus Y TV has been announced to go on sale for Rs Rs 22,999. The most expensive in the list is the OnePlus U1 TV with a 55-inch screen. It has been launched at a price of Rs 49,999.

-- With the expansion of the line-up, OnePlus has also added two new screen sizes to its portfolio of TVs. While the OnePlus U1 is available in a single 55-inch variant the same as the OnePlus Q1 from last year the OnePlus Y series has been launched in two sizes with the company now adding 43-inch and 32-inch models to its line-up.

-- The design is another big area of focus for the new TVs. And of the three, it is definitely the OnePlus U1 which flaunts the most premium one. This particular TV houses a 55-inch 4K screen on a thin, aluminum chassis with an ultra-slim design profile of just 6.9mm. The idea here appears to be minimalism, and it has to be said that OnePlus has done a good job at it. The OnePlus Y series also focuses on design but misses out on the thin profile. Yet, both the OnePlus Y series TVs maximize the display space and offer an impressive screen-to-body ratio at nearly 90 per cent 95 per cent on the OnePlus U1.

-- All three TVs also promise superior picture quality compared to the competition. For this, all three offer DCI-P3 93 percent colour gamut Cinematic Display and support for OnePlus' Gamma Engine which promises real-time image quality optimisation to deliver a "smoother, clearer, and more immersive viewing experience." The Gamma Engine also encompasses a suite of features which add to the visual experience of the OnePlus TV U1 series. One of these features is the motion estimation, motion compensation (MEMC) algorithms which elevates video frame rates to intelligently interpolate content.

-- Although OnePlus hasn't revealed the brightness ratings of the panels of the three TVs, it has announced that the OnePlus TV U1 will bring support for Dolby Vision for cinema-quality HDR processing. The other two OnePlus Y series TVs don't get this because of their lower resolution panels, but they still get the same support for Dolby Audio as found on the OnePlus U1.

-- Much like the OnePlus Q1 from last year, the new OnePlus TVs also get support for Oxygen Play and Android TV. These 2020 range of TVs get Android TV 9 based software that brings access to thousands of apps, Google Assistant, and a number of added features. All three also support the casting of video from phones to TVs via Chromecast.