The smart TV by OnePlus will come in three different sizes and will support 4k resolution in all three models. 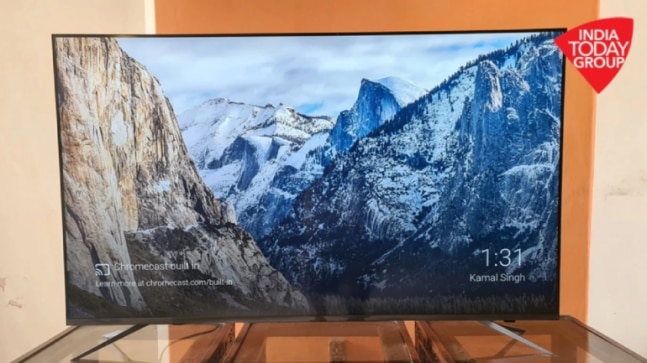 OnePlus is set to introduce a new smart TV alongside the OnePlus Nord CE 5G in a launch event on June 10. New leaks before the launch date now give us a hint of how the new OnePlus TV U1S might be priced in India and what its features will be.

OnePlus has been dropping hints on the features and specifications of the OnePlus TV U1S in the buildup to the launch event. Other than the mystery features revealed to date, there have been several rumours speculating what to expect on the device.

A recent such has been shared by tipster Ishan Agarwal on Twitter. As per Ishan, the smart TV by OnePlus might be launched at a starting price of Rs 39,999. The base price will be for the 50-inch model of the OnePlus TV U1S.

Ishan also states that the company will hold a special launch discount for the smart TV. Under the offer, HDFC Bank card holders will be able to avail Rs 2,000, Rs 3,000, and Rs 4,000 off on the 50-inch, 55-inch and the 65-inch variant respectively. The limited period offer will stand till September 15 from the time of its launch.

From all the information around the smart TV that has been shared on the Internet so far, OnePlus TV U1S will come with minimal bezels on three sides and a slim chin at the bottom. An extended module on the chin is expected to carry four LED indicators and a microphone for support for voice commands.

Earlier leaks have suggested that the OnePlus TV U1S will come with support for voice commands through Alexa as well as Google Assistant. It will feature Ultra-HD (4K) resolution with support for HDR10+ content on all three variants.

The smart TV by OnePlus will run on Android TV 10 out-of-the-box and come with support for Chromecast (built-in), Multicast and OnePlay 2.0 with Live Channel, other than the Google Assistant and Alexa,.

The leaks also claim that the smart TVs will come with a 30W Dolby Audio system. Other speculated features include three HDMI ports, two USB ports, dual-band Wi-Fi, Bluetooth, and NFC. They will feature 2GB RAM and 16GB storage for the operating system.

Rumours hint at a possible webcam to be launched as an accessory alongside the OnePlus TVs. All this, however, will only be made official during the June 10 event by OnePlus. So stay tuned to this space to know more about the OnePlus TV U1S as well as the OnePlus Norc CE 5G when they mark their debut.

Large part of internet including Reddit, Speedtest, Github, Twitch and others are down