TVs are clearly important for OnePlus, and probably that is the reason why the company now has not one but three TV series in the market, with the Y series wooing consumers with premium features at affordable prices. 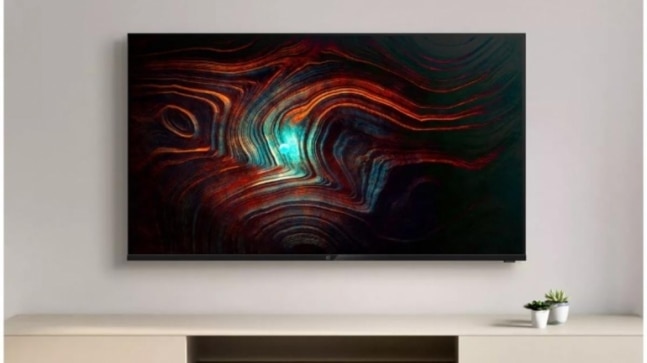 A couple of weeks ago, OnePlus launched its affordable TVs in India. The company already had the ultra-premium Q TVs in the Indian market. But now, it has added the U and Y series TVs to it. Of these, the Y series may turn out to be the most significant, given that it is priced aggressively and brings a number of unique features to consumers at a lower price point.

Available in 43-inch and 32-inch variants albeit sporting displays with different resolutions the OnePlus Y series starts at Rs 12,999 for the smaller variant (OnePlus TV 32Y1), and goes up to Rs 22,999 for the bigger, full HD panel on OnePlus TV 43Y1). What is significant here is that at their more affordable prices, both the smart TVs bring a number of high-end features that are also available on the company's more expensive Q and U series of smart TVs.

This is unique to OnePlus TVs and has the potential to be game-changing in the TV market, which, unlike the smartphone market, still relies a lot more on talk and a little less on substance. In fact, the premium features make the OnePlus Y TVs stand out. And talking of premium here are five that are worth noting. Both the TVs are powered by the company's Gamma processing engine similar to the Gamma engine in more expensive OnePlus Q series TVs -- which improves picture quality by performing real-time image quality optimisations. It also brings features such as Adaptive Contrast, Random Noise Reduction, and Ultra Smooth Motion. With the new Y series, OnePlus has also introduced other features that reduce blur and ghosting. Of the two, the 43-inch variants come with full HD panels, while the 32-inch variant comes equipped with an HD display.

Both the Y series smart TVs come with bezel-less panels which, in the Y Series, "maximize the display space, creating an immersive viewing experience." The design language of the two TVs is quite similar, though there are a few differences. For the 43-inch variant, OnePlus has used a sturdy metallic frame to hold together the screen, the motherboard and other hardware of the smart TV. The TV offers an impressive screen-to-body ratio of more than 90 per cent. On the other hand, the 32-inch variant features a slightly lower screen-to-body ratio at 88-per cent but brings with itself a similar premium bezel-less design.

Despite the affordable prices, the sound system in both Y series TVs seems impressive. Both the TVs have a sound system powered by Dolby Audio, with the OnePlus Y Series TVs promising a "cinematic soundstage" to fully immerse the user into their favourite shows. The two also bring a surround sound system that is promised to offer "crisp clarity". The audio on the TVs is handled through two 20W full-range speakers which should be good enough for a medium-sized room.

There are a number of premium features that are common to all OnePlus TVs, premium or affordable. Both the smart TVs in the OnePlus Y series come running on the Android TV 9.0 platform. This is the same software that powers the more expensive OnePlus U1 smart TV. This latest version of Android TV not only brings with itself tens of thousands of apps but also premium features, including support for Chromecast built-in on the TVs. There's also a Data Saving feature which promises OnePlus TV users increased control over their network usage, by easily limiting network bandwidth on individual apps. Then there is the OnePlus Connect app, which can be installed on a user's phone to easily control the TVs when you can't find the physical remote. The OnePlus Connect app lets the OnePlus TVs get paired with up to 5 devices while using Wi-Fi or Bluetooth.

This is another feature that's found on the more expensive OnePlus TVs but also finds a place on the entry-level OnePlus Y series of smart TVs. OxygenPlay is the content discovery platform of OnePlus TV which allows users to easily access tons of content from streaming services like Netflix and Amazon Prime. Both the OnePlus U and Y series come with the full array of OxygenPlay features. With the OnePlus Y Series TVs, users get a dedicated Prime Video Section which has been enabled for users to have "one-touch access to the endless catalogue of Prime Video." OnePlus is the first brand to enable this feature in TVs this affordable.

Honor 9A teased for July 31 India launch: All you need to know