OnePlus had confirmed launching the smartwatch earlier this week and now the latest render has provided a glimpse of the upcoming smartwatch. 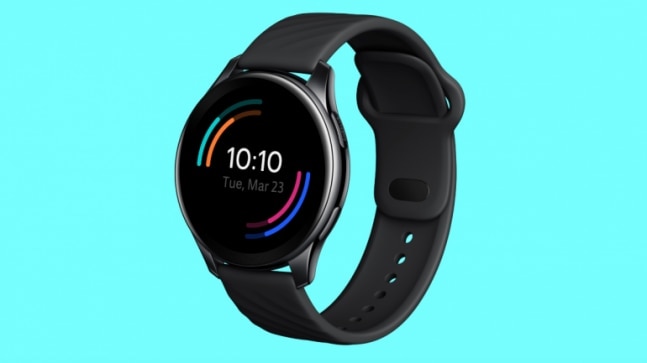 OnePlus is all set to launch its first-ever smartwatch along with the OnePlus 9 series. As per the latest reports, the OnePlus watch has gone on pre-orders in China ahead of the March 23 launch. OnePlus had confirmed launching the smartwatch earlier this week and now the latest render has provided a glimpse of the upcoming smartwatch.

As per reports, the OnePlus Watch has gone up for pre-orders on China's online shopping platform JD.com. In order to book the smartwatch, the buyers will have to pay an amount of CNY 50 (roughly Rs. 600) as per the listing. The customers pre-booking the device are likely to get a discount of CNY 100 (roughly Rs. 1,100) on the final purchase of the device. The listing does not reveal the design of the smartwatch but it has revealed that the smartwatch with Bluetooth and GPS connectivity.

In another tweet, a verified Twitter account by the name Unbox Therapy has posted the official picture of the OnePlus Watch. The design looks similar to the Samsung Active Watch 2. Like OnePlus had teased before, it comes with a circular dial with two physical buttons on the right side of the watch. One of the buttons has an OnePlus branding. OnePlus has not shared the official picture of the smartwatch so we cannot confirm the claims of the Unbox Therapy.

As far as the specs and features of the watch are concerned, the OnePlus Watch is expected to come with a 46mm dial size. It could be only launched with two color options including black and silver. The smartwatch is expected to come with multiple sensors including the heart rate and SpO2 sensors. The watch is said to be IP68-rated which means it can be worn while swimming. The OnePlus could have internal storage of 4GB and a big battery. The battery is likely to be supported by Warp Charge technology. This would increase the overall charging speed.

As far as the operating system is concerned, OnePlus was earlier rumored to run on WearOS but the CEO Pete Lau had confirmed that it has no such plans. He revealed that the watch would come with a custom operating system to provide a better user experience.

This fake Clubhouse app for Android can hack your WhatsApp, Facebook if installed