OnePlus Watch was launched alongside the OnePlus 9 Pro, OnePlus 9, and OnePlus 9R smartphones last month. It has been launched at a starting price of Rs 16,999. The OnePlus 9 series launched last month has three phones, including the OnePlus 9 Pro, OnePlus 9, and the all-new India exclusive OnePlus 9R - unlike previous years. But, CEO Pete Lau spilt the beans about the company's first smartwatch a few months back. A lot of Android OEMs have already launched their smartwatches in India, right from Xiaomi, Oppo, Realme, Honor, and more. So, the main question here is what does OnePlus Watch brings to the table.

Well, we got our hands on the OnePlus Watch sometime back and here's what we feel about the company's first-ever attempt at a wearable.

The OnePlus Watch comes in a single size, unlike some premium smartwatch offerings in the Indian market. The 46mm watch case is circular and is unlikely to go unnoticed. We have to admit that the circular dial looks bigger on the wrist.

As OnePlus said during the unveiling of its first smartwatch, "Yes, it is a bit on a bigger side, but even if you have smaller wrists, it still looks stylish." And, we agree with that statement. It has been launched in Moonlight Silver and Midnight Black. We got the latter one for our review.

The company has launched two variants - Classic Edition, which we got, and the OnePlus Watch Cobalt Limited Edition that will be available later. The company hasn't announced the price for the Cobalt Edition as of now. The Classic Edition sports Stainless steel build, which feels sturdy. 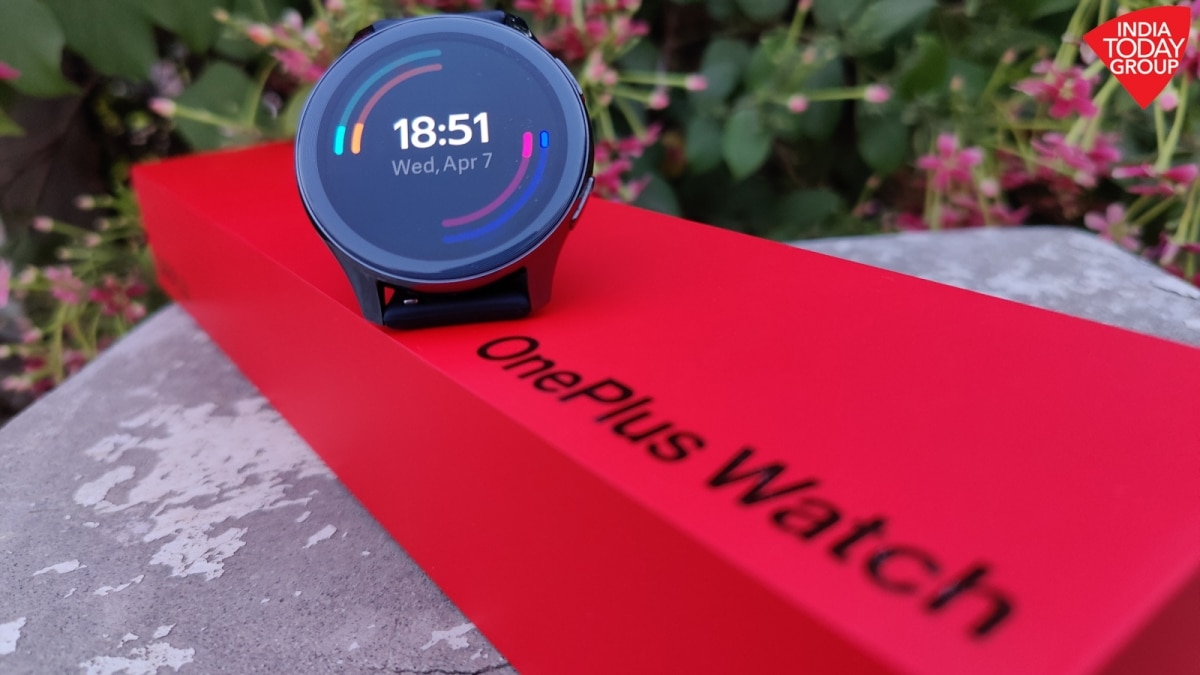 The smartwatch features a 1.39-inch AMOLED panel that is bright and offers crisp quality. It offers 326 PPI pixel density and comes with 2.5D curved glass on top.

As already revealed by the company, the OnePlus Watch doesn't run on Google's Wear OS operating system. We will talk in-depth about the UI of the smartwatch in our review, considering the company has an embargo, and we cannot talk about it at the moment.

As showcased during the unveiling of the smartwatch, it comes with two buttons on the right panel - the power button and the function button. One even engraves OnePlus branding, which is a unique way that we have seen on a smartwatch.

The smartwatch is IP68 certified, which means it is water-resistant as well. It packs a 402mAh battery which is claimed to deliver up to 14 days of battery life and even comes with fast charging support, which should come in handy. We will talk more about the battery performance of the OnePlus Watch in our review, stay tuned.

At introductory pricing of Rs 14,999, the OnePlus Watch Classic Edition looks promising. It offers an old-school classic watch feel with the circular dial that we liked a lot. It works fast and provides a big display.

We will be talking more about the OnePlus Watch in our review next week, so stay tuned to India Today Tech.