OnePlus' new phone is expected to be called the OnePlus Z. It will see OnePlus go back to its roots and deliver an affordable product offering. 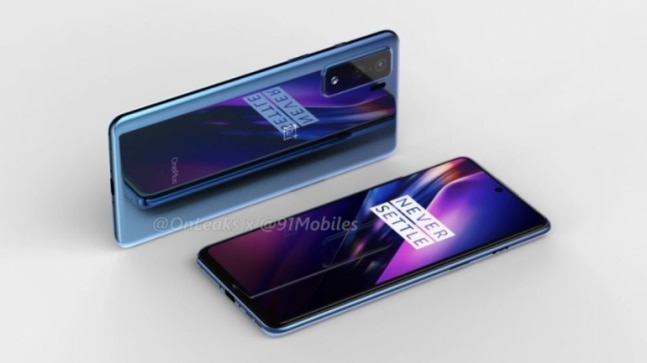 OnePlus' rumoured mid-range device, the OnePlus Z, is proving to be a badly kept secret. The new disruptive product has been leaked a number of times, with the company even hinting at its existence, when OnePlus' CEO, Pete Lau, revealed that the company is working on an affordable smartphone that could first be introduced in India.

Expected to be called the OnePlus Z, this new product will see OnePlus go back to its roots and deliver an affordable product offering. While Lau hasn't revealed the name of the device yet, he did say that the new affordable device is coming "soon" and that that there will be an announcement soon for India.

Interestingly, the OnePlus Z is expected to be an all-new category of smartphones for OnePlus, with the company rumoured to equip it with a fast mid-range processor and start its retail at an affordable mid-range price point.

And now, we have more information on the device, with the latest listing claiming to have revealed all the key information, as well as, the launch date of the device. For the latter, the report claims that the OnePlus Z smartphone could make its debut during the second week of July. The company tentatively plans to launch the device between July 6-12, however, this could change depending on the prevailing market conditions. The phone has been tipped to be made black, white, blue and some special colors.

The phone had recently been listed on Geekbench, which again hinted at OnePlus going with the Snapdragon 765G SoC, instead of a MediaTek SoC for the device. This could be paired with OxygenOS 10 operating system based on Android 10.

For cameras, the OnePlus Z is tipped to feature a triple rear camera set-up with a 48-megapixel, a 12-megapixel and a 13-megapixel sensor as well as a laser autofocus system. At the front, there is said to be a 16-megapixel lens.

However, it worth noting that this new leak comes without any real mentioned source, and as such it could really amount to nothing when the phone finally launches. As such, it would be better to take this information with a pinch of salt.