Oppo's upcoming phone will come with Android 10 under the hood, along with a 3,935mAh battery. 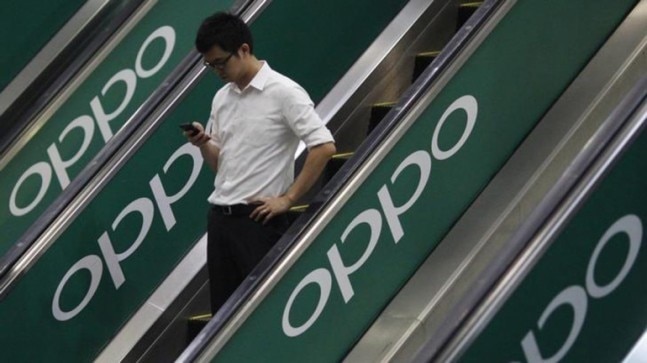 Oppo is apparently working on a new smartphone that is about to launch in the coming weeks. The new smartphone has been spotted on China's certification website TENAA, along with its specifications and the model number. Marked as PCLM50 in the listing, the Oppo smartphone bears specifications for the upper mid-range tier, such as a 48-megapixel main camera among the set of four, a Full-HD+ display, and storage options of up to 256GB. But, most importantly, the listing has revealed the upcoming Oppo device will support 5G networks.

First spotted by GizmoChina, the TENAA listing has spilt the beans on what the upcoming Oppo smartphone will pack. The PCLM50 has a 6.4-inch AMOLED display with a resolution of 1080x2400 pixels and an aspect ratio of 20:9. It is not clear whether there will be a notch at the top, or a punch-hole setup, or without any perforation. The listing also reveals an octa-core processor clocked at up to 2.4GHz but the maker is not specified. The device runs Android 10 with Oppo's ColorOS skin on top. There will be two storage options for the Oppo device a 128GB variant and a 256GB variant.

Coming to the information about cameras, the listing has revealed that the Oppo phone will have an array of four cameras at the back. One of them will be a 48-megapixel snapper, one will have an 8-megapixel sensor, and two will be 2-megapixel shooters, probably with the ability to produce bokeh and monochromatic effects. The device will come with a 32-megapixel selfie camera, however, its implementation whether motorised or not is not clear from the listing. The dimensions are listed as 160.3x74.3x7.96mm, while the weight is 180 grams. The listing also shows that the upcoming Oppo device will have three colour options White, Yellow, and Black.

Finally, the major revelation made by the listing is that the Oppo phone supports 5G network for both SA and NSA modes, albeit limited to only Band 41 and Band 78. A 3,935mAh battery will fuel the upcoming Oppo device.
Since the device is listed on TENAA, it is likely to see the light of day soon. However, it is not known whether the launch of the Oppo phone will be limited to just China or other markets will get it too.