The Oppo A31 is powered by a MediaTek Helio P35 SoC and comes with three rear cameras. 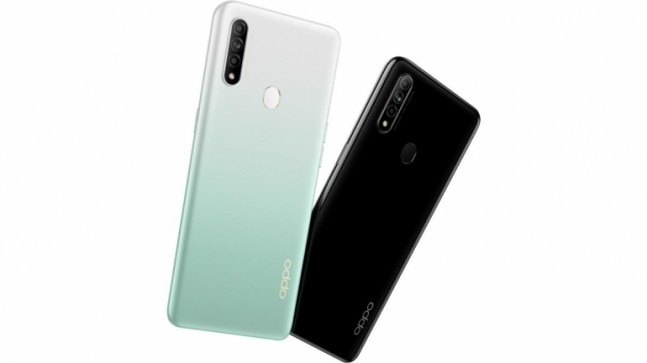 Oppo A31 is now official in India. The latest lower mid-range smartphone from the Chinese company bets big on its triple cameras, 20:9 display, and the processor. The Oppo A31 was launched in Indonesia earlier this month and recently hit the rumour mill for its India launch. There are no differences in the configurations of the models in India and Indonesia, and even the pricing is in line. Oppo, however, introduced the A31 quietly in India as it prepares to unveil the Reno 3 Pro next month.

Oppo A31 Price in India

The Oppo A31 has two variants - the 4GB/64GB model costs Rs 11,490 and the 6GB/128GB variant is priced at Rs 13,990. The sale for the former will begin on Saturday, February 29 while the latter will be up for grabs starting the second week of March, the company announced in a press statement. Both models will be available on online and offline channels. The smartphone comes in Mystery Black and Fantasy White colours.

As detailed earlier via a leak, the Oppo A31 bundles a bunch of offers from bank partners. If you have a Yes Bank credit card, you can avail an instant cashback of 5 per cent on the EMI and non-EMI purchases via Flipkart, Amazon, Paytm Mall, Snapdeal, and TataCliq starting February 29 till March 31. For offline buyers, there will be a 5 per cent instant cashback on EMI transactions made using a Yes Bank credit card or, either an ICICI Bank credit card or debit card. The EMI payment option is also available via IDFC First Bank, Bajaj Finserv, HDB Financial Services, Kotak Mahindra, and HDFC Bank among others. The Jio users get benefits worth Rs 7,050 on the purchase of the smartphone.

The Oppo A31 runs ColorOS 6.1.2 based on Android 9 Pie but the company may roll out the ColorOS 7 in the future. The smartphone packs a 6.5-inch HD+ display with a resolution of 720x1600 pixels and an aspect ratio of 20:9. The display is protected by a Corning Gorilla Glass 3. Oppo A31 is powered by an octa-core MediaTek Helio P35 processor under the hood paired with up to 6GB of RAM and 128GB of internal storage. You can also expand the storage using a microSD card by up to 256GB. The smartphone has a physical fingerprint sensor as well.

Coming to the camera department, the Oppo A31 boasts of three cameras at the back, which comprise a 12-megapixel main sensor, a 2-megapixel depth sensor, and a 2-megapixel macro sensor. There is an 8-megapixel camera on the front for selfies. Oppo has given its camera features to the A31, including the beauty mode. The smartphone is backed by a 4230mAh battery under the hood that is rated to last a day on a single charge.

ALSO READ | Samsung Mobile is India's most desired brand for the fourth time
ALSO READ | WhatsApp for iOS to get a new look soon: Check out the details
ALSO READ | Xbox Series X could make gameplay saves history, will resume from where you left
Tags: Oppo