Oppo A35 with 13-megapixel triple cameras launched as rebranded A15s

Oppo has launched a new budget smartphone but before you get too excited, there is a thing you should know. 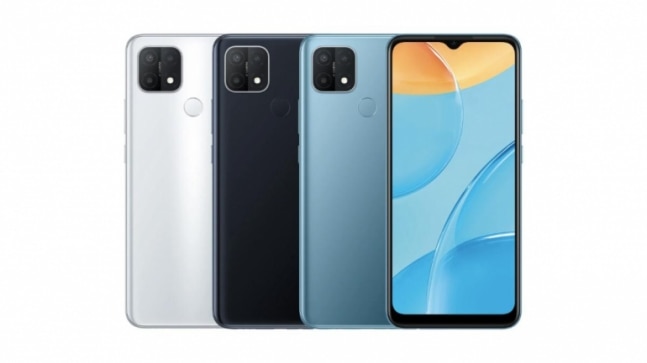 Oppo has launched a new smartphone in its low-cost A-series. The phone is called A35, and before you get too excited, let me tell you Oppo has launched it in China. But do not worry, this is not a new phone per se. It is only a rebranded avatar of the A15s that arrived in India back in December. So, you are not missing out on anything. The Oppo A35 seems like an entry-level smartphone that is not much big on specifications, but it is suitable for people who do not want much from their phone.

The Oppo A35 smartphone has a trendy design with a square-shaped camera module on the back. There are three colour variants of the phone but one of them looks quite good actually. The camera island has a silvery accent all around on the border while the overall finish is deep blue in colour. The colour options of the Oppo A35 are Ice Jade White, Glass Black, and Mist Sea Blue. This different looking one is the Mist Sea Blue colourway.

Oppo A35 is a low-end smartphone. There is a 6.52-inch HD+ IPS LCD on the phone with a 60Hz refresh rate, a 20:9 aspect ratio, a 296 PPI pixel density, and 480 nits of brightness. There is a waterdrop-style notch on it, as well. The smartphone uses a MediaTek Helio P35 processor paired with 4GB of RAM and 128GB of internal storage. You can add a microSD card of up to 256GB on the phone if you need more storage. The phone has a physical fingerprint sensor on the back.

For photography, you have a 13-megapixel main camera on the back. It is accompanied by a 2-megapixel macro sensor and a 2-megapixel depth sensor. For selfies, you have an 8-megapixel sensor housed inside the notch. For connectivity, the Oppo A35 has Wi-Fi, Bluetooth, GPS, and a 3.5mm headphone jack. It runs Android 10-based ColorOS 7.2 skin. Backing the Oppo A35 is a 4230mAh battery with 10W charging through a Micro-USB port on the bottom.