Oppo is all set to launch the Oppo A54 and A74 in India tomorrow (April 19). Take a look at the specifications and pricing. 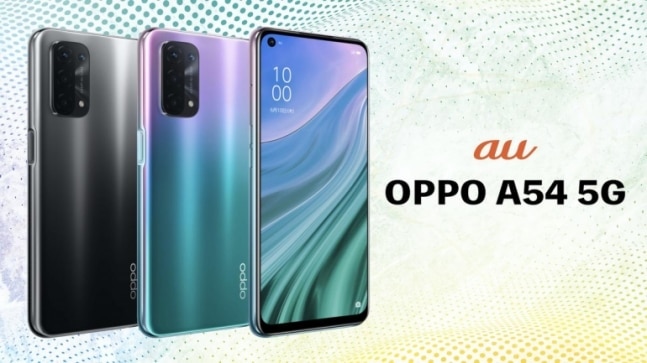 The Chinese smartphone giant Oppo is all set to the Oppo A54 in India tomorrow (April 19). Teasing the launch availability, Flipkart has created a microsite for the device that not only reveals its launch date but highlights the key specifications also. However, the pricing has not been revealed yet. Just ahead of the launch, a popular tipster Ishan Agarwal has tipped the pricing of Oppo A54. It should be noted that the very next day of the launch the company is also launching Oppo A74 in the country.

The top-end variant of the handset with 6GB RAM and 128GB storage will cost Rs. 15,990. Let's have a look at the features which we can expect at the aforementioned price range.

According to a report by 91Mobiles OPPO A54 will feature a 6.51-inch IPS LCD display. The Indonesian version has an HD+ display with a resolution of 720 x 1600 pixels, a 60Hz refresh rate, and a 120Hz touch sampling rate. Under the hood, the OPPO A54 is likely to feature the same MediaTek Helio P35 chipset paired with 4/6GB RAM, 64/128GB storage. It will probably get the MicroSD card for storage expansion up to 256GB.

The Oppo A54 also has a triple-camera setup on the back. There is a 13MP primary camera sensor, a 2MP macro camera, and a 2MP depth sensor. It comes with a 16MP front camera sensor.

You can now find COVID-19 vaccination centers on Google Maps