Oppo has not launched the A93 5G yet but it is now listed on China's Tmall e-commerce website. 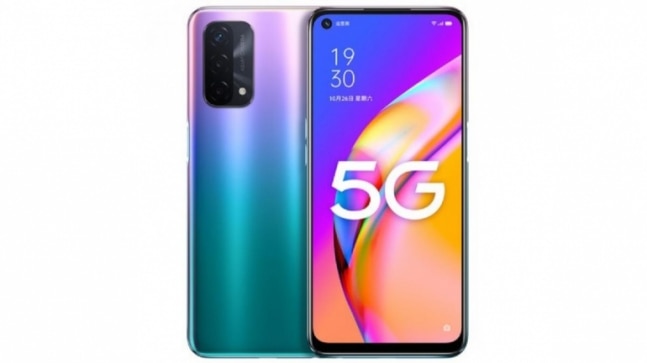 Oppo is seemingly working on a new smartphone in the A-series. After cropping up on several websites, the new A93 5G has appeared on an e-commerce website ahead of the launch. China's Tmall website has listed the 5G version of the A93 but it has not been launched yet. Nonetheless, the Oppo A93 seems close to launching. The listing shows the A93 5G in its entirety showing the look, as well as the specifications of the device.

Oppo's upcoming device in the A-series is listed to be powered by the recently launched Qualcomm Snapdragon 480 processor. This is the cheapest processor in Qualcomm's line and the first 5G one in the 400 series. This is a major upgrade over the LTE version of A93 but that is not all. The Oppo A93 5G sports a 6.5-inch 1080p IPS display with a 90Hz refresh rate, which is an upgrade again over the 60Hz display. However, it is contrary to the belief that A93 5G will have an AMOLED display. Moreover, the listing on the Tmall shows there is a flat-screen on the A93 5G as opposed to the curved one we saw in some renders.

On the photography part, the Oppo A93 5G will have three cameras at the back, including a 48MP main sensor, accompanied by two 2MP sensors for maybe ultrawide and macro photography. The smartphone is going to have 8GB of RAM and 256GB of internal memory, as seen in the listing. Of course, there is going to be a microSD card slot in the smartphone. The Oppo A93 5G is also going to be running on Android 11-based ColorOS 11. And finally, the Tmall listing has suggested the Oppo A93 5G will have a 5000mAh battery inside with support for 18W fast charging.

Tmall has listed the Oppo A93 5G for CNY 1,999 (roughly Rs 22,500) but it is also believed that this smartphone might also cost CNY 2,199 (roughly Rs 25,000). The pre-orders for this smartphone are said to begin Friday, January 15 in China while the sales may begin on January 20. To remind you, Oppo has not launched the device yet, it is just listed on the Tmall website.