Oppo recently launched the F19 Pro+ 5G and F19 Pro smartphones in India and at the event, it confirmed there will be an F19 soon. 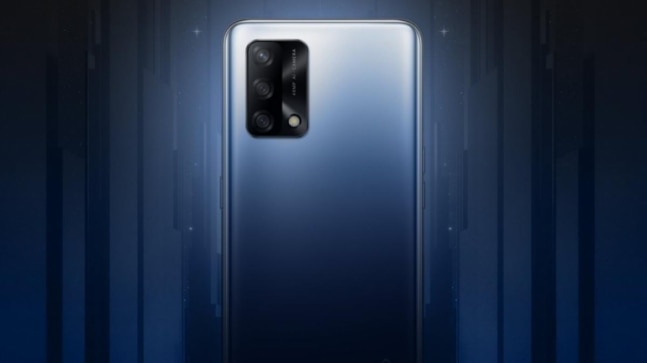 Oppo launched the F19 Pro series phones in India recently. Unlike previous times, there were two Pro models in the series, the F19 Pro and the F19 Pro+, the latter being the first 5G phone in the F-series. The vanilla F19 was missing at that time, although Oppo later confirmed that F19 exists and its launch will take place soon. Since then there is no update on this part, at least for the Indian market. Now, Oppo Sri Lanka is teasing the launch of the F19 that will happen soon.

In a post, Oppo Sri Lanka shared a photo of the F19 and the phone looks a little different from the mightier F19 Pro+ but that could be because of the several differences these two phones are supposed to have. The F19 is going to be a vanilla device. This means it will not have 5G and the specifications on this one are also expected to be lower than the F19 Pro+, and even the F19 Pro. In the photo, you can see the F19 has a curved-edge design and triple cameras on the back. One of these cameras is a 48-megapixel sensor, thanks to the description written inside the camera module.

Apart from these two aspects, the photo does not give away anything else. We still do not know what the front of this phone will look like, whether there will be a notch or a punch-hole design on the display, and if there will be a Full-HD display. All of that is a secret right now. Although a tip from Ishan Agarwal mentioned that the F19 will be the slimmest phone with a 5000mAh battery. This may hold true since Oppo is bullish about making thin and slick phones. According to Agarwal, the Oppo F19 price will be under Rs 20,000, which means it will compete with the likes of Redmi Note 10 Pro Max, Poco X3 Pro.

Whatever the specifications of this F19 model may be, there are going to fall a notch or two lower than what the F19 Pro brings. Oppo launched the F19 Pro earlier this month with a MediaTek Helio P95 processor inside coupled with 8GB of RAM. The phone uses a 6.43-inch Super AMOLED display with Full-HD+ resolution. But this display lacks a high refresh rate. It has a punch-hole design with a 16-megapixel camera inside. At the back, the Oppo F19 Pro has a setup of four cameras, including a 48-megapixel main sensor, an 8-megapixel ultra-wide-angle sensor, a 2-megapixel macro sensor, and a 2-megapixel depth sensor. This phone runs Android 11 with ColorOS 11 on top.

As far as the launch of the F19 in India is concerned, it seems that may happen after the Sri Lanka launch. Nothing is concrete though.

Activision reduces file size of Modern Warfare, Warzone games in new update but there is a twist