Oppo Find X2 confirmed to launch on March 6: What to expect

The Oppo Find X2 will be a flagship smartphone, as per specifications leaked so far. There will be a Snapdragon 865 SoC, a 120Hz display, and quad cameras. 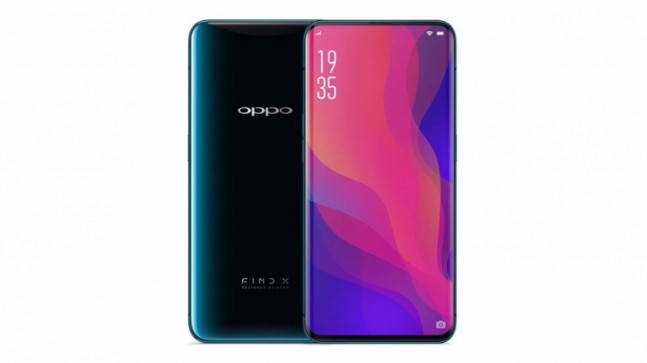 Oppo Find X2 has finally been confirmed to launch next month. Corroborating a previous leak, Oppo has formally announced that it is holding an event on March 6 for the launch of its next flagship, the Find X2. The Oppo Find X2 has been teased to come with a Qualcomm Snapdragon 865 processor, a 2K 120Hz OLED display, and 65W Super VOOC fast charging technology that was recently introduced by Realme on the X50 Pro 5G. Moreover, Oppo is expected to launch its first smartwatch, the Oppo Watch, the teasers of which are already headlining the rumour mill.

Previously supposed to make its debut at the now-cancelled MWC, the Oppo Find X2 will now see the light of day on March 6 at an event in China, the company has announced in a Weibo post. The event is scheduled to begin at 5 pm Beijing Time, which will be 2.30 pm IST in India. Oppo has, however, not specified the preventive measures it has imposed at the venue in China, which is badly hit by the Coronavirus outbreak. In fact, the cancellation of MWC was decided due to the concerns over the spread of Coronavirus.

The Oppo Find X2 will be a flagship smartphone if we go by the specifications that have been leaked so far. According to the listing spotted on a Vietnamese e-tailer, the Find X2 will be powered by a Qualcomm Snapdragon 865 SoC paired with 8GB RAM/256GB storage, have a 6.5-inch 120Hz AMOLED display with 2K resolution, house three rear sensors and one 32-megapixel front camera, and sport the 65W fast charging technology for its 4065mAh battery. There will also be a USB-C port on the smartphone. The Oppo Find X2 is expected to come preloaded with ColorOS 7 based on Android 10.

Apart from the aforementioned tidbits of Find X2's specifications, we do not know much. About the pricing, we are a little sceptical about what the Vietnamese listing suggested. According to the listing, the Oppo Find X2 could be priced at VND 40,000,000, which translates to roughly Rs 1,24,000 - pricing that is hard to believe especially for a Snapdragon 865-powered phone with no outlandish frills. In any case, we will learn the official pricing at the event on March 6.

Besides, the Oppo Watch is also likely to be finally unveiled at the launch event. The smartwatch has been teased several times by Brian Shen, Oppo vice president and president of global marketing, previously. The Oppo Watch will sport a curved display with 3D glass on top and have two physical buttons on the side. A freshly leaked image is claimed to what looks like the 3D glass that is mounted on the smartwatch. We will get the full details and pricing of the Oppo Watch likely on March 6.

ALSO READ | HMD Global has all the right ideas about Nokia but where are the phones?
ALSO READ | Reliance Jio reduces validity of Rs 1299 plan by 29 days
ALSO READ | Next Redmi phone to support for ISRO NavIC satellite navigation, could be Redmi Note 9 Pro
Tags: Oppo