Oppo confirmed the next flagship will be called the Find X3 Pro and it will come with Snapdragon 888 SoC. 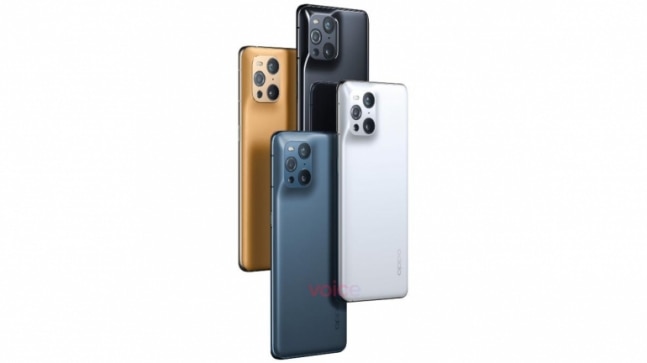 Oppo Find X3 flagship has been talked about a lot ever since the company confirmed it. We know almost all the key specifications of the Find X3 Pro, the top-tier model in the series while some details about the Find X3 are also out. Oppo, however, has not confirmed the launch date for the phone yet. Now, a new leak claims to tell us that. Oppo Find X3 Pro and Find X3 are said to launch on March 11. The availability, however, is tipped to begin nearly a month later in April.

According to tipster Jon Prosser, Oppo will launch the Find X3 series phones next month. Now he has not said which models will be launched at this event but the speculation is that there will be only Find X3 Pro and Find X3 debuting first. Two other phones, the Find X3 Neo and Find X3 Lite are expected to be launched a little later. A date for their launch is not known as of now. Prosser has said that the pre-orders will begin on March 31 but the shipping will not start until April 14.

Another thing that is not known right now is what markets the Oppo Find X3 series will be launched in originally. It is highly likely Oppo launches the phones first in China before going international. There are also chances the Find X3 series is launched globally on a single launch day. As for India, Oppo launched the Find X2 series last year but sold only one of them, the Find X2 while the Find X2 Pro never made it to the market. This time Oppo may launch both Find X3 and Find X3 Pro in India, considering the fight in the premium segment has intensified more than ever, especially because of 5G. Oppo has not confirmed any dates so far.

The Oppo Find X3 Pro is said to come with a 6.7-inch 1440p OLED screen with an adaptive refresh rate that ranges between 10Hz and 120Hz, which means the power consumption will be improved on the device. In the leaked images, the phone can be seen with a punch-hole on the left side of the display. The Find X3 Pro is going to have a 25X microscope macro lens with a light ring around it. Two of the cameras could be Sony sensors: one of them may be the unannounced 50MP custom main sensor that Sony is making in collaboration with Oppo while the other one could be an ultrawide sensor. And finally, the third camera could be a zoom lens with maybe 2X or 3X optical zoom. The important thing to note here is that none of the cameras is a telephoto one, which is there on the Find X2 Pro.

According to Evan Blass, the Oppo Find X3 Pro will have wireless charging, along with support for fast wired charging. Rumours are rife there will be 65W fast wired charging and 30W wireless charging on the phone, so it is possible we may not see the 125W fast charging technology materialising on a phone yet. And most importantly, the Oppo Find X3 Pro will be powered by the Qualcomm Snapdragon 888 processor, which is already confirmed by the company. What else is confirmed is the 10-bit DCI-P3 colour system across the hardware components inside the Find X3 Pro, which will change the way colours are perceived on smartphones.

As for the Find X3, it was spotted on a benchmarking website with possibly the Qualcomm Snapdragon 870 processor, meaning it will not offer flagship performance in the series.

Daily Basket, an e-retailer in Coimbatore, says Big Basket bullying it with cease and desist letter