The Oppo Find X3 Pro might bring some interesting features to the table. A few leaks have hinted towards the launch in March or April. Keeping that in mind we decided to round up everything we know about the upcoming Oppo Find X3 Pro. 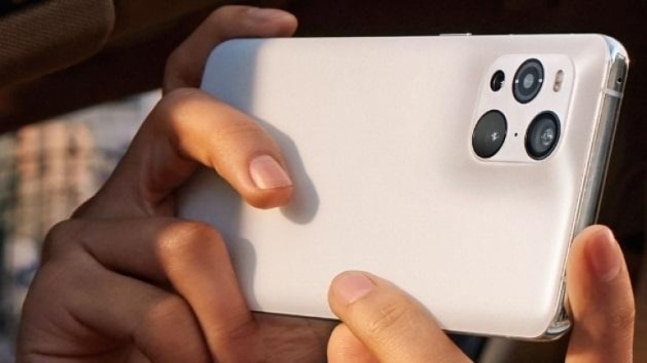 The first iteration of the Oppo Find X brought some industry-leading changes. The device ditched the notch to house the camera and other sensors in a motorized module that could move up and down. This allowed the device maker to put in a completely bezel-less display and an in-display fingerprint scanner.

Just a reminder that the Oppo Find X was the first device to swap out the notch and the capacitive fingerprint scanner. The second iteration of the Find X, i.e. the Find X2 and X2 Pro also brought an impressive camera setup.

Now fresh images of Oppo's upcoming flagship, i.e. the Find X3 Pro have surfaced online along with the camera specs, confirming its existence. These images reveal the design language of the upcoming device.

Apart from this, a few more reports have popped up to reveal more about this. We decided to stack up everything we know about the upcoming Oppo flagship.

--The Oppo Find X3 Pro has been spotted on the US FCC revealing a few of the device specs. Besides this live images of the device have surfaced online to give us a fair idea of the device's design language.

--Oppo keeps on experimenting with its Find X models. This time around, the camera module can be seen protruding from the rear panel, giving it a seamless finish. This new design eliminates the extra metal rim needed to protect the camera module. Apart from this, the device will be made available in Black, White, and Blue colour options.

--The Oppo Find X3 Pro has also been seen on a cloud testing platform with model number PEEM00, thereby revealing a few more key specifications. This device may feature a 6.71-inch curved OLED display with QHD+ resolution and 120Hz refresh rate. Interestingly, the refresh rate is adaptive and can switch from 10Hz to 120hZ depending on the content being viewed.

--Qualcomm had previously revealed that the device would ship with Qualcomm's flagship Snapdragon 888 SoC. It is an octa-core chipset coupled with Adreno 660 GPU. It is built on a 5nm manufacturing process and clocked at 2.84GHz. The chipset supports all 5G bands and the latest WiFi 6E/6/5.

--The OPPO Find X3 has also appeared on the AnTuTu and Geekbench V4.4 benchmark platforms with the same model number. It managed to score 771,491 points in the AnTuTu benchmarking app. The listing also reveals some specifications which are in line with the previous leaks. As for the Geekbench listing is concerned, the OPPO X3 Pro has managed to score 4,236 and 13,323 points in single and multi-core rounds, respectively. --Oppo's Find X series of having always delivered on the camera front and the same is expected from the Find X3 Pro. In terms of optics, the device is expected to get dual 50 megapixel Sony IMX766 image, a 13MP ultra-wide sensor with a 2x optical zoom and a 3MP macro sensor, on the rear. Moreover, this 3MP macro sensor has a zoom capability of 25x, plus the flash ringed sensor will work as an on-device microscope. This feature could be hugely advertised during the launch event.

--Through leaks from a credible tipster, we know that the device is codenamed "fussi" while the camera design is referred to as "crater" design.

--As per the media reports, the Find X3 Pro will be powered by a 4500mAh battery with support for 65W wired and 30W wireless charging.

--The Oppo Find X3 Pro will probably ship with Android 11 with ColorOS 7.2 on top.

There's no information around the Find X3 Pro launch date yet, but it is expected to launch sometime by the end of March or early April. Moreover, Oppo Find X3 Neo and Find X3 Lite are also expected to debut alongside the Find X3 Pro.

Much like the launch date of Find X3 Pro, there's little information about the device's pricing. The Oppo Find X2 was launched at 65,000 in India, keeping that in mind we expect the device to be priced around Rs 70,000 in India.