Oppo is always trying out new combinations for how its smartphones should look and the latest one might actually be good. 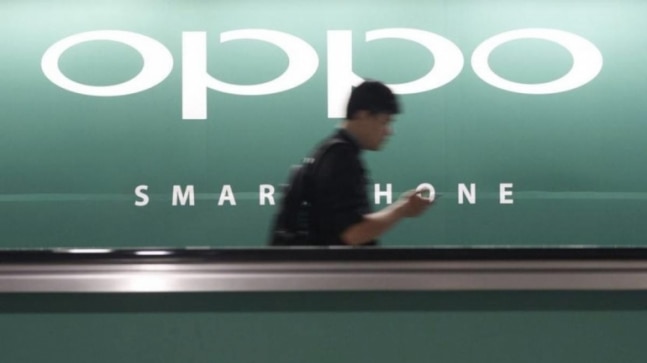 Oppo is one of the few companies that are relentlessly trying out something new for its products. Its products in the past have had motorised shark-style popup cameras, 65W fast charging, and an under-display camera. The company has also been spotted working on different form factors, including the one with a rollable display. Now, unsurprisingly, Oppo has envisioned a new smartphone that will have detachable cameras, meaning the module that has cameras onboard can be removed and attached anytime.

A new patent has been spotted on the World Intellectual Property Office (WIPO), courtesy 91Mobiles. The patent shows the outlines of this futuristic phone that Oppo may have thought of. Interestingly, the rectangular camera module can be removed anytime and used to click selfies using a USB-C connector. This is an interesting approach where the company wants to bring a full-screen display to its phone. Occasionally, brands have taken to implementing different things on phones, such as pop-up cameras, rotatable cameras, and more, only to ensure full real estate on the display. A detachable module is just another one, although a rather complex method.

According to the patent, this camera module on the Oppo phone will have two cameras in circular designs and a pill-shaped cutout possibly for LED flash. The module has a USB-C pin that can be inserted into the USB-C port on the bottom. Since USB-C connectors are reversible, it would not matter how the module is inserted into the port. Besides, this would also mean that the module can be put into the port with the cameras on the same side as the display.

The connector will also bend at 90- and 180-degree angles, meaning the module can shoot photos and videos from different angles. But to facilitate taking selfies, the camera app would need to be redesigned where camera angles stay upright. There could be another use case where the phone can be inverted upside down for the module to stay atop, for which the app needs to have that functionality. Oppo has given only so much clarity on how it has imagined this device to work.

The filing has also mentioned the camera module will come with Wi-Fi, Bluetooth, and NFC for remote connection. There will also be a Lithium-ion battery inside this module, which can be charged as many as times its cycle allows. This is similar to Google Clips camera and the way it works. Oppo's take on this accessory seems compact and detachable. And since charging is supported, this will allow users to charge the module as many times as possible, using the phone's battery via the USB-C port.

The patent has further revealed that the rest of this device will look identical to how some other smartphones look. This means that there will be a full-screen display on the device and regular physical buttons. And if there could be any more advancements, Oppo might highlight them when this patent makes it to leaks and renders, which is uncertain at the moment. But from what information is available right now, this modular approach to the cameras of the phone is interesting but it is uncertain how many takers it will find.

Oppo has already announced the X 2021 smartphone with a rolling display that retracts from the side. But this phone is far off from being commercially launched.

Asus ROG Phone 3 now down to Rs 44,999 along with HDFC Bank discount in Flipkart sale