Oppo has announced it is slashing the prices of four of its smartphones permanently and that should be good news for buyers. 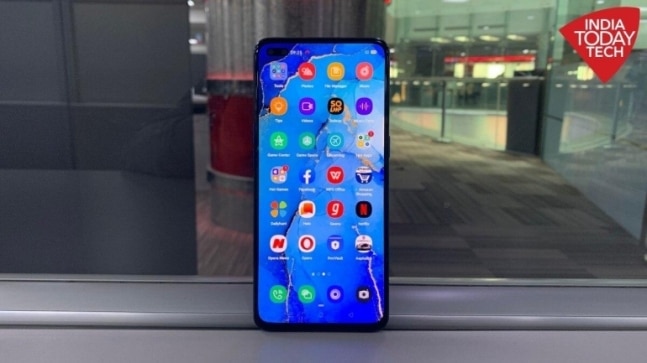 Oppo has announced a permanent price cut on several smartphones in India. These prices have been slashed by up to Rs 2,000, making some of the popular budget and mid-range Oppo smartphones worthwhile. The smartphones that are now seeing their discounted price are Oppo F17, Oppo A15, Oppo A12, and Oppo Reno 3 Pro. The new prices are applicable to both online and offline sales of all these smartphones in India, which means you will have to pay less for these handsets, no matter whether you buy them from Flipkart, Amazon, or a shop near you.

These price cuts, however, are not meant for all the storage variants of these smartphones. Oppo has discounted only select storage models of these four smartphones, so it might be a little disappointing if you were looking for the discount on the desired storage variant. The minimum discount that Oppo has announced is on the Oppo A15 smartphone, which is down by only Rs 500. In case, you have been eyeing one of these devices or think they are now good enough for you to buy, here is what you will need to pay for each smartphone.

The Oppo A15 price in India has been cut to Rs 8,990, which is only Rs 500 less than the previous cost, for the 2GB RAM and 32GB storage variant. This variant was selling for Rs 9,490 previously. This smartphone's other storage variant that brings 3GB RAM and 32GB storage is also seeing a price cut. It is now available to buy for Rs 9,990, down from the earlier price of Rs 10,990.

The mid-range star of Oppo, F17 is also getting discounted in the market only a few months after it was launched alongside F17 Pro. The 8GB RAM and 128GB storage variant of the Oppo F17, which was launched for Rs 18,990, is now selling for Rs 500 less at Rs 18,490. This device, too, has seen the price cut for a single variant. The Oppo F17 comes in Dynamic Orange, Navy Blue, and Classic Silver colours.

The Oppo Reno 3 Pro is the fourth and last device to get its price slashed. The smartphone was launched in March earlier this year. The 8GB RAM and 128GB storage model for this device is now selling at Rs 24,990, down from the previous price of Rs 25,990. This one has two variants available with discounts. The second variant has 8GB of RAM and 256GB of internal storage and was selling earlier for Rs 29,990. This variant will now be available to purchase at Rs 27,990. This is the maximum discount that an Oppo phone has observed among others.

The right time to buy?

With the new discounts, these smartphones become a little more lucrative than they were earlier. Of course, there are several options in the market, but while all of that is true, there is one thing that Oppo phones can ensure and that is good photography. Oppo phones are known for their knack for impressive cameras and these four phones pull the weight in their respective price categories. So, if you are convinced enough, now would be the right time to get your hands on one of these smartphones from Oppo.

TRAI fines Airtel, BSNL, Jio, Vi among others for not blocking fake messages by cybercriminals