Reno 3 Pro was launched back in March with an Helio P95 processor that seems dated in front of OnePlus Nord's Snapdragon 765G and Realme X3's Snapdragon 855 Plus. 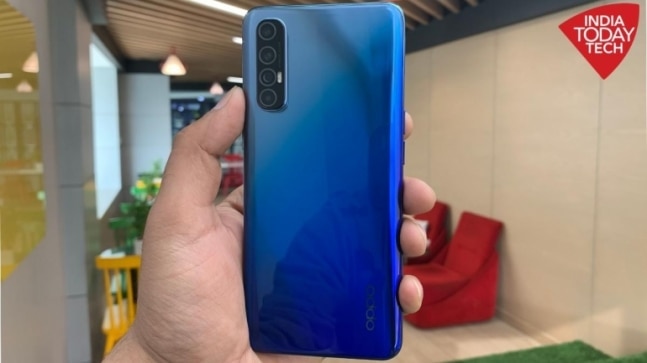 Oppo Reno 3 Pro is getting a fresh price cut in India. It will be available with a cut of Rs 2,000 and Rs 3,000 on the 128GB and 256GB storage options, respectively. So the revised price of the former becomes Rs 27,990 while the high-end storage model will sell for Rs 29,990. Oppo Reno 3 Pro was launched back in March for a starting price of Rs 29,990 but it was later increased due to price hike, only to be reversed to the original towards the launch of Reno 4 Pro.

To further sweeten the deal, Oppo is doling out a discount of 10 per cent on making transactions using Bank of Baroda and Federal Bank credit cards. There are EMI options starting at Rs 1,333 per month via Bajaj Finserv that can be availed between August 12 and August 31. The revised pricing has been reflected on Amazon so far, but it will soon be refreshed across online websites and even the offline stores. Oppo Reno 3 Pro is available via both online and offline stores.

With Reno 4 Pro now selling in India, it makes sense to reduce the price of the predecessor that is about six months old. But even with the new price of Rs 27,990, Oppo Reno 3 Pro is a bland competitor to the OnePlus Nord that starts at Rs 24,999. Although the variant that costs Rs 24,999 will go on sale only in September, its mid-tier variant that costs Rs 27,999 is up for sale. Nord brings the fast Snapdragon 765G processor to the table in the mid-range, which is a lot better than the MediaTek Helio P95 processor paired with up to 8GB of RAM and 128GB of internal storage.

For photography, there are four cameras on the Oppo Reno 3 Pro - 13MP telephoto lens, 64MP Ultra-clear main camera, 2MP mono lens and 8MP ultra-wide-angle lens. I reviewed the smartphone back in March and found it can take some really good-looking photos. There is enough detail in the photographs and they retain the natural colour of the subject. The Reno 3 Pro also brought the world's first 44-megapixel selfie camera, which was good but not that great. The battery came with 30W VOOC Flash Charge 4.0 technology that was quite helpful in topping it in a short time.

With Reno 4 Pro already available in the market, people who may have been looking to buy the Reno 3 Pro can get it for cheap. But I would suggest you look at other options that are way cheaper and offer newer specifications, for example, the OnePlus Nord and Realme X3. I have told you about the Nord already so let me tell you about the Realme X3, which has last year's flagship Snapdragon 855+ processor. Of course, there is going to be a huge difference between the performance of the three smartphones and it should be a determining factor. Realme X3 costs Rs 24,999, OnePlus Nord currently sells for Rs 27,999, and the Oppo Reno 3 Pro is priced at Rs 27,990 now.