The Oppo Reno 3 Pro will be launched in India next month but with different specifications from its China variant. The major difference will be the 44-megapixel rear camera. 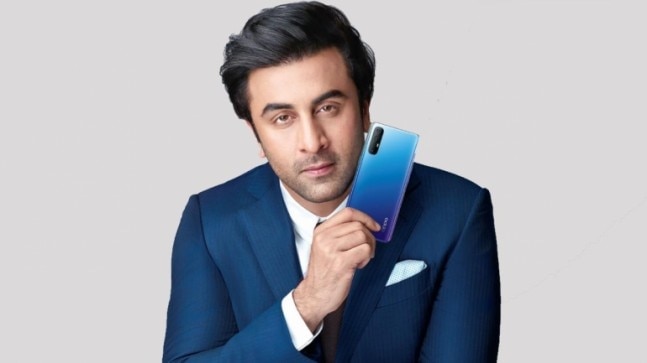 Ahead of its launch scheduled for March 2, the Oppo Reno 3 Pro has been spotted in an Indian retail store. The live images of the upcoming smartphone, which have freshly cropped up, also confirm key specifications, including the 44-megapixel selfie camera housed in a dual punch-hole setup. Not only the specifications but Reno 3 Pro's look has also been revealed in its entirety. The smartphone has a full-screen panel with a pill-shaped cut-out, four vertically aligned cameras at the rear, and a shimmery finish. Oppo Reno 3 Pro was launched originally in China in December last year.

The Oppo Reno 3 Pro has been leaked in live images, courtesy 91Mobiles, bearing the display sticker that confirms a few important specifications, which will be different from the smartphone's China version. First of them, also teased by Oppo earlier in a promotional video, is the 44-megapixel camera in a dual setup on the front. While the second camera details have not been teased, reports suggest it will be a 2-megapixel snapper. Both cameras will sit inside a dual punch-hole on the display. The China variant of the smartphone has a single 32-megapixel camera in a punch-hole setup. Secondly, the images confirm that there will be a 64-megapixel shooter at the back of Reno 3 Pro among three others, which is an upgrade from the 48-megapixel camera on the China variant. The sensor will support up to 20x zoom, which we saw on the Reno 2 previously. According to 91Mobiles, it could be Samsung's 64-megapixel GW1 sensor. There will be three more cameras at the back, which, we believe, should be similar to those of the variant selling in China. Reno 3 Pro's China variant has a 13-megapixel telephoto sensor, an 8-megapixel ultra-wide-angle sensor, and a 2-megapixel depth sensor.

Coming to the next specification, the Oppo Reno 3 Pro will come with the 8GB RAM and 128GB storage version, which is similar to the smartphone's China version. The storage variant has also been leaked previously but 91Mobiles says there could be a 12GB/256GB model on the cards. Finally, the Oppo Reno 3 Pro will sport the 30W VOOC Flash Charge 4.0 charging technology for its battery. If we consider the battery specifications to be the same as those of the China model, the Reno 3 Pro should have 4025mAh battery under the hood. The smartphone will likely run Android 10-based ColorOS 7 out of the box.

Oppo Reno 3 Pro will come with a 6.5-inch FHD+ OLED display with a refresh rate of 90Hz and support for HDR10+ content. However, it could ditch the curvature on sides, unlike the China model. Moreover, the China variant is powered by the Qualcomm Snapdragon 765G but the India model is expected to rock a MediaTek Helio P95 SoC, as per the report citing the Google Play Console listing. There will be no 5G on the India variant, unlike the China model.

The Oppo Reno 3 Pro launch has been set for next month and the smartphone has already been listed on Flipkart and Amazon.

ALSO READ: | IQOO 3 get listed on AnTuTu, could be the fastest Android smartphone yet
ALSO READ: | 5G rollout in India may face potential delay due to Coronavirus
ALSO READ: | Xiaomi Mi 10 may launch in India but it could be more expensive than OnePlus 8
Tags: Oppo