Oppo Reno 3 Pro was launched in China last year with 5G connectivity. The India variant, however, will pack only up to 4G support. 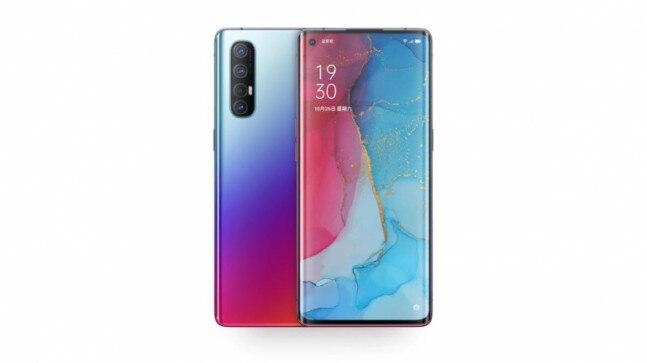 The announcement on the Oppo Reno 3 Pro India launch comes directly from horse's mouth. Oppo India's VP and head of India R&D Tasleem Arif took to Twitter to confirm that the Oppo Reno 3 Pro with "Expert Camera credentials" is coming to India "soon." The variant of Reno 3 Pro launching in India will be a 4G model. However, Arif added that Oppo has some 5G smartphones in the pipeline for India that will be launched this year. No timeline specifics were shared though.

It is also rumoured that Reno 3 Pro's India variant will feature a dual punch-hole camera setup on the front, contrary to what the smartphone's China counterpart has. According to the report, the front-facing cameras will be a 44-megapixel snapper and a 2-megapixel snapper. The China model, on the other hand, has a 32-megapixel camera on the front. At the back, the Oppo Reno 3 Pro in India is likely to pack the same cameras like the ones on the China model - a 48-megapixel main sensor, an 8-megapixel ultra-wide angle sensor, a 13-megapixel telephoto sensor, and a 2-megapixel black and white sensor.

Notably, the Oppo Reno 3 Pro was launched in China with a Qualcomm Snapdragon 765G processor and an integrated 5G modem. Since there will be no 5G on the variant for India, a different processor, such as the Snapdragon 730G, is expected.

For the rest of the specifications, the Reno 3 Pro comes with a 6.5-inch AMOLED 90Hz display with an embedded fingerprint sensor. There could be up to 8GB of RAM and 256GB of inbuilt storage. The smartphone will run Android 10-based ColorOS 7 and pack a 4025mAh battery under the hood. The battery will support 30W fast charging. We are not quite sure if there will be any other variations to these specifications for the India variant.