Oppo's Reno 4 Pro takes forward things from the Reno 3 Pro but introduces a new camera design and a 90Hz display to the series. The Oppo Reno 4 Pro comes in a single memory variant priced at Rs 34,990. The smartphone is available in Starry Night and Lunar White colours. It will go on sale starting August 5 on online platforms while the offline sales will begin soon via retail outlets across the country. Here are the offers: 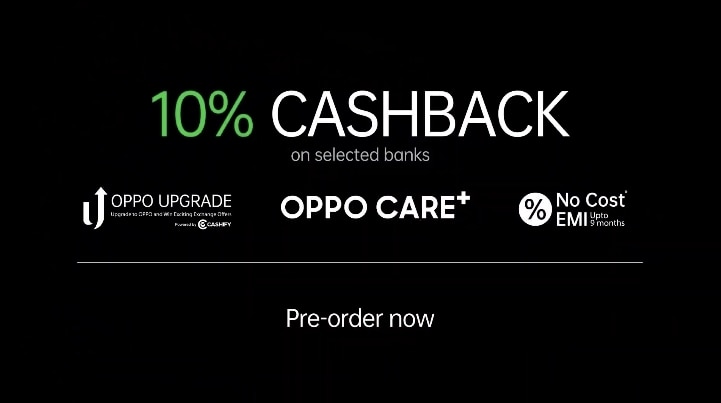 The Oppo Reno 4 Pro is a mid-range smartphone that is powered by a Qualcomm Snapdragon 720G processor coupled with 8GB of RAM and 128GB of internal storage. The memory can be expanded using a microSD card of up to 256GB capacity. The Reno 4 Pro has a 6.55-inch FHD+ AMOLED HDR10+ display with a punch-hole setup on the left side. The display supports up to 90Hz refresh rate, which means scrolling through it will be smoother than on the 60Hz refresh rate. The display also has 3D curves on both edges, much like what we have seen on Samsung Galaxy S-series and OnePlus 8, and recently the Motorola Moto Edge+.

Powering the Reno 4 Pro is Android 10-based ColorOS 7.2, which carries features such as the dark mode, focus mode, and an ambient display. For photography, the Reno 4 Pro has four cameras at the back. There is a 48-megapixel main camera, an 8-megapixel ultrawide sensor, a 2-megapixel depth sensor, and a 2-megapixel macro sensor. Reno 4 Pro has a new design for its cameras, which looks much better than the one on the Reno 3 series. For selfies, there is a single 32-megapixel front-facing camera housed inside the punch-hole on the display. The Reno 4 Pro is backed by a 4000mAh battery under the hood with the powerful 65W SuperVOOC 2.0 fast charging, which can fill the battery full in a little more than 30 minutes.