Oppo official has teased the launch of a new premium smartphone that could be the Ace 2. The Oppo Ace 2 was launched in China a few months earlier. 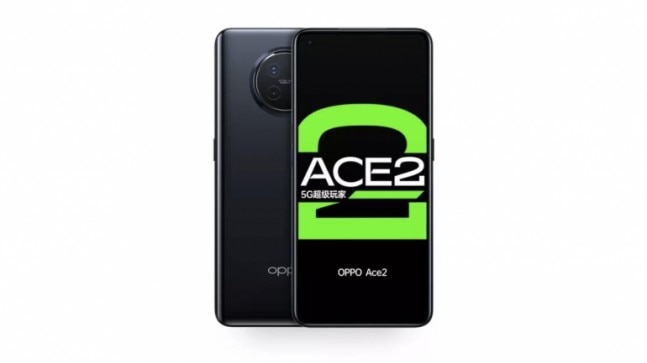 Oppo has confirmed it will bring the Reno 4 series in India soon. The company has revealed the Reno 4 and Reno 4 Pro smartphones, which debuted in China last week, will arrive in India with localised features -- the ones we saw on the Reno 3 series. But while Oppo is planning to launch the Reno 4 smartphones, it will also launch a new "premium" smartphone in India, the details of which are not abundant at the moment.

On Twitter, Oppo India vice president Tasleem Arif said: "Grapevine is rife and quite rightfully so! Rejoice over the successful launch of @OPPO Reno4 Pro, but stay tuned for another premium 'sensation' that'll export you to the world of infinite possibilities!"

Grapevine is rife and quite rightfully so! Rejoice over the successful launch of @OPPO Reno4 Pro , but stay tuned for another premium 'sensation' that'll export you to the world of infinite possibilities! #OPPOIndia#OPPOReno4Pro

The only premium smartphones from Oppo coming to India are the Find X2 Pro and Reno 4 Pro basis the information out so far. But Arif's tweet hints at another smartphone that has not been teased by the company yet for the Indian market. Oppo recently segregated the Ace series and launched the Ace 2 under it. Chances are the Chinese company is looking to bring the Ace series to India with the launch of Ace 2.

As a premium smartphone, the Oppo Ace 2 is powered by a Qualcomm Snapdragon 865 SoC, 12GB of RAM, 256GB of internal storage, 65W SuperVOOC 2.0 Flash Charge fast charging technology, 40W wireless charging, a 64-megapixel quad-camera setup, and an FHD display with a 90Hz refresh rate. It was launched in China for a starting price of CNY 3,999, which translates to approximately Rs 43,200.

Meanwhile, the Reno 4 series has been confirmed to launch in India. But the specifics of the launch are not known yet. Both the Reno 4 series smartphones support 5G and are powered by the Qualcomm Snapdragon 765G processor. It runs Android 10-based ColorOS 7.1 but the Indian models will have some additional features such as the rider mode, which have been developed by Oppo's R&D centre in Hyderabad.

Oppo is also bringing the Find X2 series in India on June 17.