Oppo Reno 5 Pro, Reno 5 may launch in India in January

Oppo has confirmed it will launch the Reno 5 smartphones in India but it did not provide a date for that. 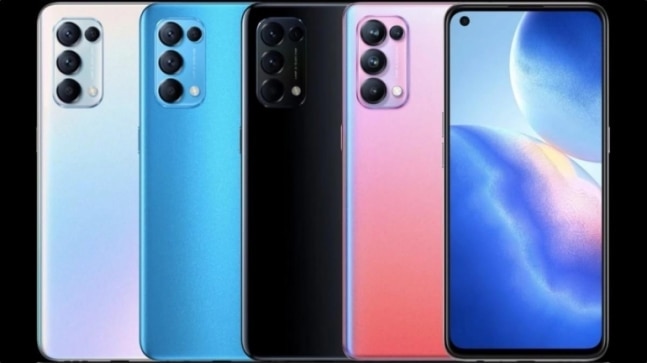 Oppo is launching the Reno 5 Pro+ smartphone in China today, a few weeks after the Reno 5 and Reno 5 Pro were launched. Those two smartphones were announced for the Chinese market but the company is gearing up to bring these devices to global markets, including India. Some days back, an Oppo India official hinted that the Reno 5 series will debut in India soon. Now, a fresh report has claimed the Reno 5 series launch in India might take place in January 2021.

According to the tipster Abhishek Yadav, who goes by @ayabhishekhd on Twitter, Oppo might launch the Reno 5 series in India next month. Yadav has tweeted that only the Reno 5 and Reno 5 Pro smartphones will arrive in India while the details on whether the Reno 5 Pro+ will launch are not clear at this point. The two smartphones will succeed over the Reno 4 and Reno 4 Pro, obviously, but the interesting part is that Oppo is highly likely to bring the 5G variants of the two smartphones, unlike the last time.

Oppo launched the 4G variants of Reno 4 series in India earlier this year, which is sensible considering there is no 5G in India yet and the shelf life of mid-range smartphones is not quite much. Oppo launched the Reno 3 series and Reno 4 series both within a span of six months, and now the Reno 5 series is already out in China, which is why there is very less scope for the company to bring drastic changes with each successor. With the Reno 5 series, Oppo is jumping on the bandwagon to launch affordable-range 5G handsets in India.

Oppo has set up a new 5G innovation lab in Hyderabad, which is also its first such lab outside of China. This lab will lead technologies for other markets such as the Middle East and Africa. Although the company launched Find X2 as its first 5G handsets in India, it is doubling down on its efforts only now. And these efforts come against the backdrop of the government's push to bring 5G to India as early as the second half of 2021.

At the recently held India Mobile Congress, the government announced it is taking several steps to allow for 5G technologies to usher in India. And right after this, Reliance Industries chairman Mukesh Ambani announced that Jio will pilot 5G services in India by the second half of the next year, making everything connected. Oppo is stepping into India's 5G business with a serious attitude now, and Reno 5 smartphones are one of the many products it will launch throughout 2021.

The Reno 5 and Reno 5 Pro are powered by Snapdragon 765G and Dimensity 1000+ processors that bring 5G connectivity. Qualcomm recently announced its 5G chipsets for India, joined by MediaTek a few weeks later. The first Dimensity chipset-powered smartphone in India is, however, going to be Realme X7 and X7 Pro that are expected to launch in India soon. Realme has already confirmed their launch but a formal date is awaited.