Oppo might launch two different variants of Reno 5 series wherein the 5G variant will be launched in China while other markets will get 4G variants. 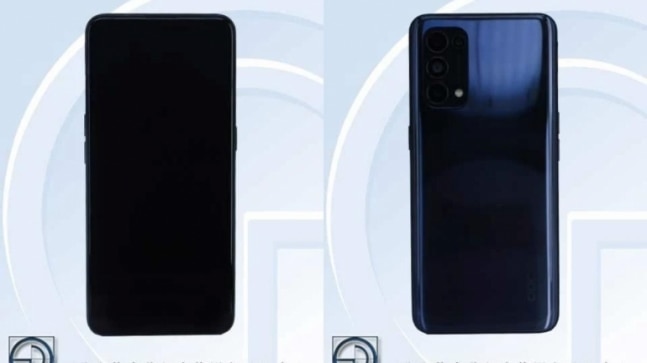 Oppo Reno 5 series could very soon debut in China after two Oppo phones were spotted on the country's certification website, suggesting the Reno 5 and Reno 5 Pro models. Now while these two phones are for the Chinese market, Oppo is seemingly planning the global variants for them. An Oppo phone with a new model number has popped up Thailand's NBTC website with the name Oppo Reno 5 but it will be limited to only 4G support.

According to the NBTC listing, spotted by tipster Abhishek Yadav, the Oppo phone bears a model number CPH2159 and that it will be called Reno 5. The Oppo Reno 5 for Thailand (and other global markets where Oppo operates) will not come with 5G support. The listing shows that the device only supports 4G connectivity. But there is no mention of the specifications of the Reno 5 on this listing. Besides Thailand, the CPH2159 has been spotted on certification bodies of Europe, Indonesia, and Pakistan.

Going by Oppo's history of launching Reno phones previously, there are major differences between the variants launched in China and other global markets. For instance, the Reno 4 for China has Snapdragon 765 and supports 5G while the Reno 4 for India rocks Snapdragon 720G processor and is limited to LTE network. There is also the difference between the cameras on both variants. Which is why it is not easy to assume the specifications of the Reno 5 4G just by looking at the rumoured specifications of the Reno 5 5G.

But we do have the specifications for Reno 5 5G that will expectedly launch in China soon. The first confirmation for its launch, alongside its bigger sibling Reno 5 Pro 5G, was when the two phones emerged on China's TENAA authority bearing model numbers PEGM00 and PEGT00.

According to rumours, the Reno 5 5G will come with a 6.43-inch 1080p OLED display with a punch-hole that houses a 32MP selfie camera. On the back, there will be a setup of four cameras, including a 64MP sensor, an 8MP sensor, and two 2MP sensors. It is said to be powered by a Snapdragon 765G processor with up to 12GB of RAM and 256GB of internal memory, which can be further expanded using a microSD card. It will come running Android 11-based ColorOS 11 and have a 4300mAh battery that charges at up to 65W.

The Reno 5 Pro could come with a Dimensity 1000+ processor for 5G, along with 8GB of RAM and Android 11 software. Its remaining specifications are not quite clear.