Oppo is likely to launch the new Reno 6 series phones at its mid-year gala on May 22. 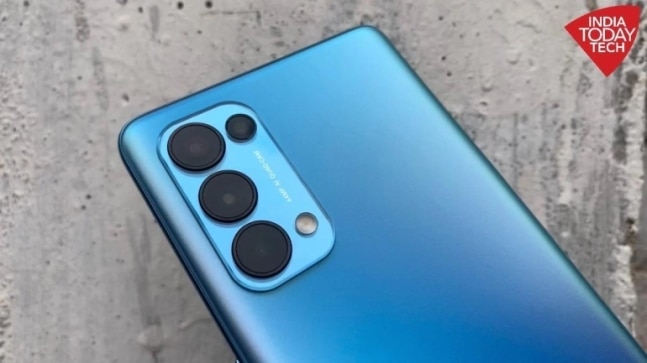 Oppo Reno 6 series launch may take place on May 22. An official date is still not available but it seems the Chinese company is moving fast towards announcing that. The Reno 6 Pro+ and Reno 6 Pro have emerged freshly on China's TENAA certification website along with live images and key specifications. According to the information, the upcoming Reno 6 smartphones are going to bring some high-end features at affordable prices. The biggest takeaway is that the two smartphones will come with a 2200mAh dual-cell battery inside, meaning a typical value of 4500mAh in total. That too, with 65W fast charging if we go by previous rumours.

The TENAA listings for both Oppo Reno 6 Pro+ and the Reno 6 Pro show live images where you can see three cameras on the back of the phones. The design is very similar to that of the Reno 5 Pro 5G but the overall footprint of at least the Reno 6 Pro+ seems a bit smaller comparatively. The listings show there will be a 6.55-inch display on both the Reno 6 Pro+ and the Reno 6 Pro. The display on each will come with a 90Hz refresh rate and Full-HD+ (1080p) resolution, although there is no clarity on the type of material. However, if we go by previous models, AMOLED displays are likely on the two upcoming phones. The display also has a punch-hole in the top left corner for the selfie camera. We will find out more about the upcoming Reno 6 series phones in the coming days, while an announcement about the official launch event is also awaited.

Nothing to launch Ear 1 in June: A look back at the journey of the new venture from Carl Pei