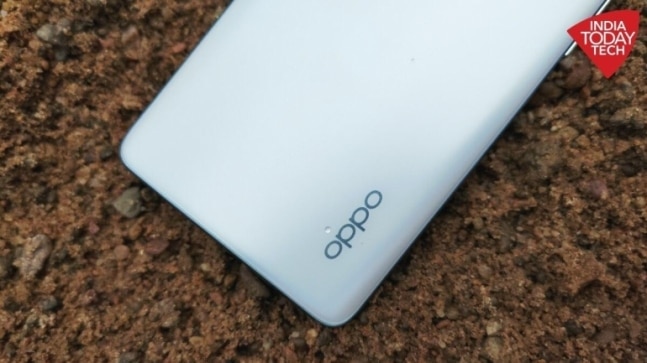 China's 3C certification website now shows the Oppo device with model number PELM00, along with the details of its charger. The listing shows this device will come with a charger bearing the model number VC56HACH. Now, this model number belongs to the 30W VOOC 4.0 power brick that is shipped with Oppo smartphones, hence, confirming that this upcoming Oppo device will support 30W fast charging. Now, there is nothing about what this device will be called when it goes for sale. But MyFixGuide has claimed it will be the Oppo Reno 5 Lite 5G, citing some sources.

Oppo was recently reported to have said that it will launch the Reno 5 series smartphone across prices. In the light of which, the Reno 5 Lite makes sense. The Chinese company has launched three Reno 5 series devices so far, all positioned in different price segments. The vanilla Reno 5 costs roughly Rs 31,000, which is the base price for the series right now. The other two smartphones, Reno 5 Pro 5G and the Reno 5 Pro+ 5G come for much higher. Assuming the Reno 5 Lite 5G is going to be a toned-down version of the Reno 5, the base price for the series is likely to come down.

The information of the Oppo Reno 5 Lite 5G is scarce right now but we might get to know its specifications and looks in the coming days. The marketing name of the phone is also not official, so we will have to wait for an official teaser or something from Oppo. A certification website listing, such as this, will also confirm the name.

Back here in India, Oppo is allegedly gearing up for the launch of Reno 5 series. A company official had previously hinted at the India launch of the new series. Later, Oppo Reno 5 Pro was spotted on the website of Bureau of Indian Standards (BIS) website, confirming that the smartphone is on its way to the Indian market. Alongside, the Reno 5 is also expected. But interestingly, it is being believed that Oppo will launch the 5G versions of both the smartphones, unlike what it did with the prequel Reno 4 series.

For its specifications, the Oppo Reno 5 Pro comes with a 6.55-inch 1080p OLED display with up to 90Hz refresh rate. There is a punch-hole on the top left of the phone housing a 32MP selfie camera. The smartphone is powered by an octa-core MediaTek Dimensity 1000+ processor, bringing 5G support to the device. There is up to 12GB of RAM and 256GB of storage. The fingerprint sensor is embedded under the display. The smartphone runs Android 11-based ColorOS 11.

In terms of photography, the Oppo Reno 5 Pro features a 64MP main camera with F1.7 aperture and 6P lens, an 8MP ultrawide camera, a 2MP macro camera, and a 2MP black-and-white camera for depth-sensing. The cameras support 4K video recording but when UltraSteady mode is on, the resolution is capped at 1080p. The smartphone has a 4250mAh battery under the hood, along with 65W fast charging support. There is a USB-C port on the bottom for charging and data transfer.

Xiaomi launches Mi 11 without charger, here is why it is not a big deal

OnePlus 9 leaked again, tipped to miss out on periscope lens