Oppo is taking a leap with its first smart television models that bring the 120Hz panels and a camera on top. 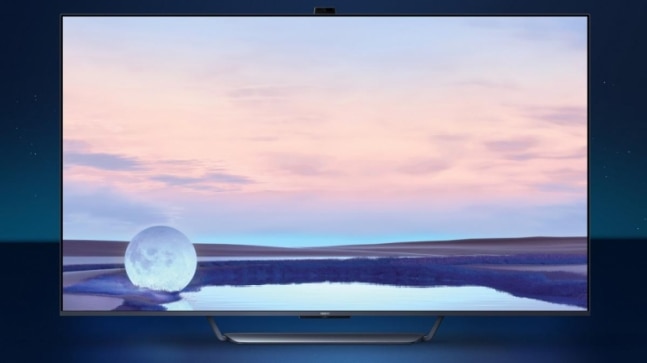 Oppo is finally catching up with its one too many sister companies with the launch of its first televisions. Much after OnePlus and Realme launched their smart televisions, Oppo is launching its own that bring in the biggest feature to date. Oppo's new smart TVs have a 120Hz panel, which means the videos and shows will play twice as smooth as they do on your regular 60Hz panel. This also means Oppo is targeting gamers who look for big displays but must settle for the 60Hz refresh rate on them. There are not many televisions in the market with high refresh rates and this is what Oppo is trying to change with its new televisions.

The Oppo Smart TV S1 comes in a single 65-inch QLED Quantum Dot panel with 4K resolution and a 120Hz refresh rate. There is HDR and Dolby Vision on the display. Oppo claims the display can offer brightness of 1,500 nits, which sounds impressive on paper for the panel. There is TUV Rheinland certification for eye-protection, as well. Oppo has allowed this panel to extend forward as much as 1.86mm to offer a 3D-like viewing experience. The company calls it the floating design of the TV.

Powering the television is a MediaTek MT9950 processor with 8.5GB of RAM. There is 128GB of storage on the TV, which is practically a lot to have on the TV but not when you install games. You also have a pop-up 1080p selfie camera on the TV, which could be useful when you want to do a video call on the large screen, despite the lack of apps to support it. The Oppo Smart TV R1 has a total of 18 speakers, giving a total output of 85W. This speaker setup includes a 25W subwoofer, as well, and the sound is tuned by Dolby Atmos. Oppo is packing its Breeno assistant on the television, as well. And finally, you have Wi-Fi 6, NFC, Bluetooth, HDMI ports, LAN port, and other connectivity options.

The Oppo Smart TV R1 comes in two sizes - 65-inch and 55-inch - both having 60Hz LCDs with 4K resolution. Both TVs are powered by MediaTek chipsets, 2GB RAM, 32GB storage, have 1080p pop-up camera, and Dolby Audio support on speakers that give a maximum output of 20W.