Oppo's 125W Flash Charge technology is said to fill a battery in less than 20 minutes. 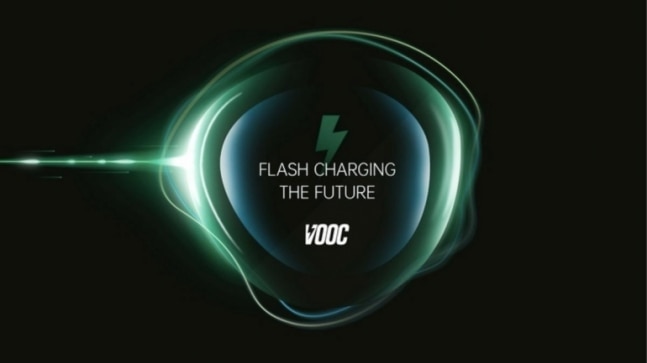 Oppo is one of the few tech companies that have done some concrete work to make smartphone technologies better. One of the breakthrough technologies from Oppo is the VOOC fast charging, the latest edition of which is claimed to top a battery up in under 20 minutes. Oppo is now expanding this technology outside of its phones to a range of devices under the new programme called The Flash Initiative. Making the announcement at the ongoing Mobile World Congress Shanghai, Oppo said this new initiative would make the company's proprietary charging technologies reach more people.

Among the devices that Oppo has earmarked to be benefitted under The Flash Initiative are automobiles and charging accessories. For this intersection to happen, Oppo is initially partnering Anker and FAW-Volkswagen, which is a joint venture between FAW Group and Volkswagen for the sales of their cars in China, and NXP Semiconductors. This would mean that the VOOC flash charging technology will initially be implemented on the products of these two companies for the Chinese market. Besides, Oppo wants its charging technology to be deployed in public spaces, in the form of charging stations meant for public use. However, Oppo has not said when this initiative will materialise.

According to Oppo, each partner in The Flash Initiative will use the proprietary technical designs built by Oppo for the fast charging technology. The partners will be tested and certified for the programme by the certification lab called China Telecommunication Technology Laboratory (CTTL). While Anker will bring Oppo's fast charging technology to its mobile accessories, such as chargers, FAW-Volkswagen will equip select Volkswagen cars with this technology. There is no information on whether Audi cars will use this technology or not. And finally, NXP Semiconductors will take this technology and employ it in smart and connected devices meant to be used in building smart cities, industrial infrastructures, automotive, and smart homes.

The VOOC charging solution has been available on Oppo phones for quite some time. It was launched in 2014, and Oppo said over 30 smartphone models that feature VOOC have so far delivered the ultra-fast charging experience to over 175 million users around the globe. Its sister concerns, Realme and OnePlus, too, have access to this technology, which they use with rebranding on their phones. Oppo said that it has filed more than 2,950 patents for flash charging globally, 1,400 out of which are already granted. Some of these patents may refer to Oppo's plan of opening the technology to third parties from across industries. Oppo's VOOC flash charging is an answer to Qualcomm's QuickCharge technology that is available to several smartphone makers that use the company's chipsets on their phones.

Last year, Oppo demonstrated its fastest charging solution for smartphones called the Flash Charge. It uses 125W output power for charging phones, which is said to fill a 4000mAh battery in under 20 minutes. This technology uses a highly sophisticated mechanism that Oppo has built around to give its phones the power to be charged as fast as the claim. Oppo said it has used a dual-cell battery for this technology to work efficiently while the charging brick has also been optimised. Oppo's 125W (or 65W) charging bricks support USB-PD that makes them compatible with phones from other brands that use the USB-C technology with power distribution support.