Oppo Watch in India is powered by the Snapdragon Wear 3100 SoC and runs Wear OS by Google. 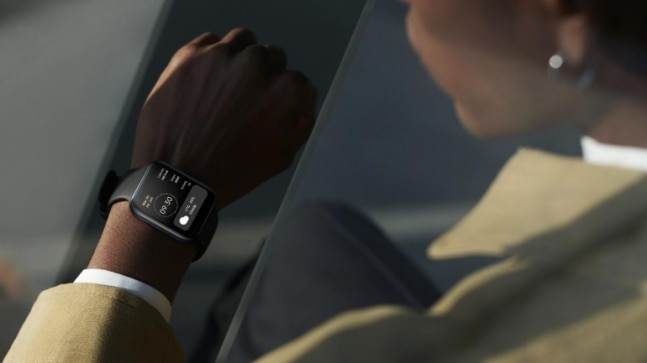 Oppo Watch is now up for grabs in India. The Wear OS-powered smartwatch from Oppo that as launched only a few days back can be booked on Amazon. But it might take a few days before it begins to appear on Flipkart and other online platforms for sale. Unlike its Chinese variant, the Oppo Watch in India comes with Wear OS, is powered by the Qualcomm Snapdragon Wear 3100 SoC, and lacks support for eSIM. While the first two features make the smartwatch a good deal for Rs 14,990, the last one might be a deal-breaker for many.

But there are many things to like about the Oppo Watch, especially when you are paying around Rs 15,000 for the smartwatch. Before that, here are the price details of the Oppo Watch:

Only the 41mm model is up for orders on Amazon, however, the smartwatch will be in stock on April 13. There is no information about the 46mm model of the Oppo Watch.

So, if you are convinced by the design of the Oppo Watch, which is heavily inspired by that of the Apple Watch, here are some of the specifications and features that you get for Rs 14,990. For starters, it is a Wear OS smartwatch, which means it runs Android and features the entire gallery of apps that are available for smartwatches. While the version in China does not have Wear OS, it still runs on a tweaked version of ColorOS, which may lack apps.

There is a 1.9-inch AMOLED display with curved edges on both sides, which is an interesting design and an upgrade over that of Apple Watch that it copies for the rest of its parts blatantly. And there is nothing wrong about that design, it is tried and tested and is popular among users. Moreover, the design gives familiarity to people who would want to own an Apple Watch but will settle for Oppo Watch because it's way too cheaper.

The Qualcomm Snapdragon Wear 3100 chipset powers the Oppo Watch, which is a serious upgrade over the Snapdragon Wear 2500 processor used on the Chinese variant. The processor makes the Oppo Watch on par with the Fossil Gen 5 smartwatches that are a little expensive comparatively. It is a fast processor and allows you to take full advantage of Wear OS, which is still progressing to become as good as Apple's watchOS and Samsung's Tizen OS for Galaxy smartwatches, for that matter.

And there is pretty much everything you would expect from a smartwatch: a heart-rate monitor, a pedometer, a calorie intake measurer, and an ECG sensor. But there are two things missing, wireless charging and eSIM support on the Oppo Watch for the Indian market, which might make a few customers go up in the price ladder to buy Galaxy Watch, which has both.