The Oppo Watch is highly likely to be launched alongside the Find X2 flagship smartphone next month. 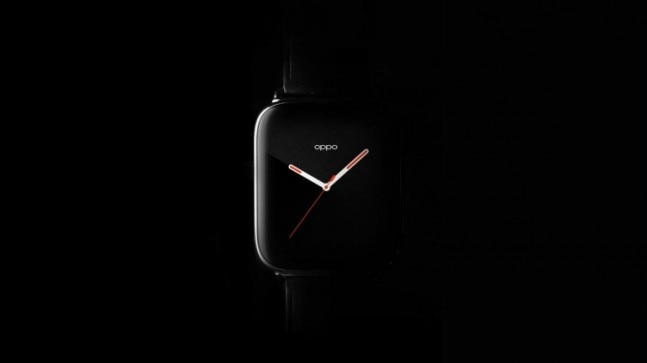 Oppo Watch has been doing rounds on the Internet, thanks to one too many teasers shared by a company official. Touted to bear an Apple Watch-like design, the Oppo Watch is expected to be launched next month alongside the Find X2. After a deluge of teasers and renders, the Oppo Watch now has a fresh leak that details the 3D glass that will be mounted on the smartwatch's top. The smartwatch was previously confirmed to sport a 3D curved glass, which is why the leak could hold true.

The latest leak comes from SlashLeaks, via Gizmochina, claiming that the 3D curved glass in the live image belongs to the upcoming Oppo Watch. It is a rectangular glass panel with curved edges and thick bezels. The size is also fairly big, reminiscent of the Apple Watch design. But it is just one of the elements that Oppo Watch will come with. While this leak only corroborates what has been teased before, there are clearer versions of the teasers that tell more about the Oppo Watch. Previously, Oppo vice president and president of global marketing Brian Shen had shared two teasers consecutively, revealing some key aspects of the Oppo Watch. The Oppo Watch will indeed sport a curved panel with 3D glass on top - something Shen calls "will be a game changer". It will also have two physical buttons on the side, unlike the digital crown seen on Apple Watch models. There will also be interchangeable straps on the smartwatch.

So far, only the looks of the Oppo Watch have been teased. We are still awaiting what specifications the Oppo Watch will pack under the hood. The Oppo Watch is highly anticipated to make debut alongside the Oppo Find X2 on March 6. According to a recent report, the Find X2 will be launched on the mentioned date. The smartphone was previously slated to be unveiled at the now-cancelled MWC. Apart from these two products, Oppo is also likely to make more hardware-centric announcements. It could also unveil a new app for the smartwatch and other wireless accessories from the brand.

ALSO READ | HMD Global has all the right ideas about Nokia but where are the phones?
ALSO READ | Poco X2 sale today on Flipkart: Price in India, specifications
ALSO READ | More Xbox Series X specifications revealed, will be more powerful than most gaming PCs
Tags: Oppo