Oppo X 2021 comes with a rolling display that is normally 6.7 inches in size but when extended becomes 7.4 inches. 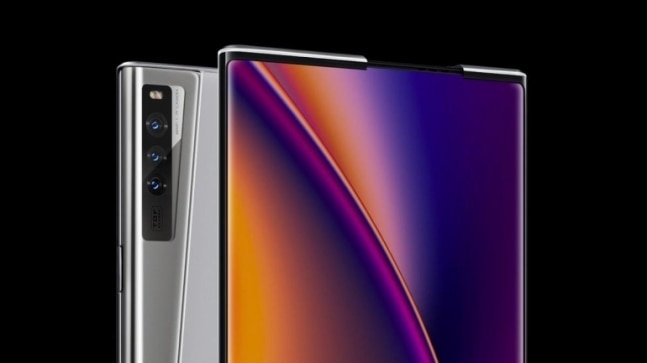 Oppo recently showed off its first rolling display phone called the X 2021. The name indicates that the device could be out in the markets by next year, but that might not happen. The company has confirmed that it has no plans to commercially launch the X 2021 in the short term, which might disappoint people who were eyeing the new futuristic device from Oppo. Oppo has said it might take some time for the company to roll out the device into markets but when that will happen is something not immediately clear.

In a statement to Android Authority, Oppo said, "Although there is no plan for its commercialization in the short term, it will serve as a guide for the transformation and evolution of future product form factors. Commercialisation requires market research and business justification, and may take some time." By commercialisation, Oppo means bringing the X 2021 rolling display device to markets for consumers to buy but since it uses novel technology, it might not have been widely available anyway.

The Oppo X 2021 has a 6.7-inch display that expands to become 7.4-inch in size, in a mechanism that involves shifting of the hardware in what could be an action straight from a sci-fi movie. The display uses a motorised sliding mechanism that helps the display unroll itself to become larger. The software has also been optimised, so much so that it adapts to the new screen size on the fly without showing any stutters or a blank screen. This is a novel technology that would require a big investment for mass production.

Oppo could be on the hold because it wants to test out the durability of this display. The display will undergo changes several times a day when it becomes a commercial product, which is why Oppo wants to make sure the flexible display stays intact for longer. The Oppo X 2021 features a plastic screen, much like the ones other foldable devices use. For sturdiness, Oppo has used hardcover on the display. The display that is used on the concept phone is manufactured by BOE. Oppo might ask BOE to increase the durability of this display.

After it has reviewed everything, Oppo will decide when it wants to enter the markets with its futuristic device to finally take on the foldable phone manufacturing companies such as Samsung and Motorola. Besides, South Korean company LG is also working on a device that will feature a rollable display, much like how its rollable television has. It has trademarked some names for this device, including the LG Roll, but a launch date and confirmed name for this device are not confirmed yet.

Love is NOT in the air! 15 dating apps among 43 banned Chinese apps