Apple has a problem. At a time when the company is trying to get behind its experiments with keyboards, Oscar winner Taika Waititi on Monday slammed the recent MacBooks over their new keyboards. 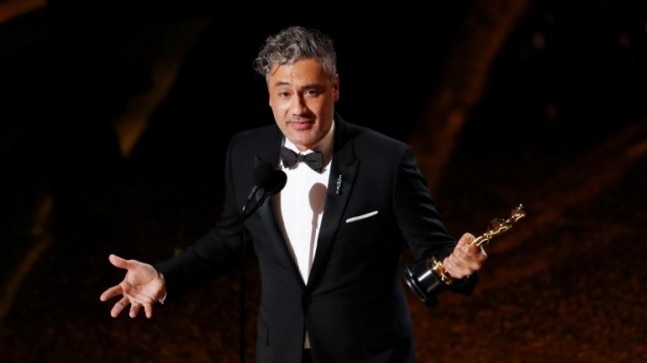 Apple's Monday is going to start on a bad note. At a time when the company is trying to get behind its experiments with the MacBook keyboards this is why the new 16-inch MacBook comes with the older keyboard technology the company faced criticism from Taika Waititi, a celebrated director and writer who won an Oscar for his script of Jojo Rabbit.

After his win at the 92nd Academy Awards, Waititi slammed MacBook keyboards, saying that it was impossible to write something on them. ''Apple needs to fix those keyboards,'' said Taika Waititi, director of Jojo Rabbit.

When asked about the needs of the writers, Waititi addressed the Writers' Guild Association. He said, Apple needs to fix those keyboards. They are impossible to write on. They've gotten worse. It makes me want to go back to PCs.

He even asked from the audience for a show of hands for those who are still using the PC. The bounce back on your fingers is way better on a PC, Waiki continued. ''You know what I am talking about,'' he said. ''Those Apple keyboards are horrendous The writers' guild of America needs to step in and do something.

In case you are wondering about what Waititi is highlighting, let us explain. Apple used to have scissor-style keyboards in MacBook until a few years ago. These were some of the best keyboards ever put in a laptop, and while they were not always the best The Lenovo laptops continue to have top class keyboards typing on a MacBook was a delightful experience compared to typing something on a Windows laptop. This was because the MacBook keyboards used to have a bit of bounce, a hint of resistance and deeper key travel, among other things that typists like.

Apple finally sort of acknowledged the issue in 2019 when it released the 16-inch MacBook Pro that uses older scissor-style technology in its keyboard. The keyboard in the this new MacBook, as India Today Tech had noted in its review of the MacBook Pro, is much better than keyboard in MacBooks released between 2015 and 2019. This new keyboard is also set to come to the other MacBook models this year.

Unfortunately for Apple, Waititi is suffering now. At the Oscar ceremony, Waititi highlighted that he suffered shoulder problems that and that the MacBooks with butterfly-style keyboards aggravated his problems.

"I've got OOS (a term for repetitive stress injury that writers can suffer) You know what I'm talking about, if you guys are ever writing. And what happens is you open the laptop and you're like this we've just got to fix those keyboards. The WGA needs to step in and actually do something, he told reporters after winning his Oscar.

This is the Xiaomi Mi 10: Full design, specifications leaked ahead of launch