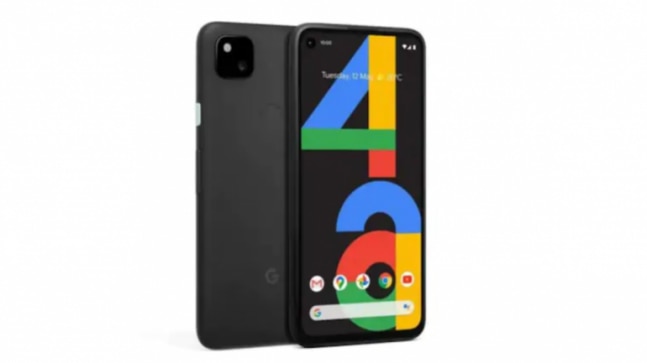 Google has finally announced the Pixel 4a price in India and it is quite good. The Pixel 4A will go on sale in India on Flipkart from October 16 at a special price of Rs 29,999. This is the launch price of the Pixel 4a, while the MRP of the device is Rs 31,999. At the same time, Google is also launching the Nest Audio, its new speaker at the special price of Rs 6,999. The MRP of the Nest Audio is Rs 7,999.

The price of the Pixel 4a was much awaited since the phone was launched globally because this is the only Pixel phone that is coming to India this year. The other two, which are the Pixel 4a 5G and the Pixel 5, are not going to be launched and hence phone users looking to get Android 11 experience from Google have no other option but to choose the Pixel 4a.

At this price the Pixel 4a goes up against some very capable including the OnePlus Nord, and OnePlus 7T that hovers close to this price point, but still the Rs 29,999 is a fairly aggressive move from Google given that the Pixel 3a was a much more expensive phone in India. In fact, it is the kind of price that will let a lot of people choose the Pixel 4a over other phones, largely because of its software and camera.

Google says that the Pixel 4a brings the same camera experiences from Pixel 4 "with a new re-designed hole punch design, with features like HDR+ with dual exposure controls, Portrait Mode, Top Shot, Night Sight with astrophotography capabilities and fused video stabilization." The rear camera uses a 12-megeapixel image sensor, same which is inside the Google Pixel 4.

The Pixel 4a uses a 5.8-inch OLED screen, and has a body made of plastic in matte finish.

The Google phone is powered by the Qualcomm Snapdragon 730G chipset and has the Titan M security module for added security. The phone comes with 6GB of RAM and 128GB of storage and a 3140 mAh battery. There is Android 11 inside the phone.

Pixel 4a India price and availability

As noted, the Pixel 4a in India is going to be selling at Rs 29,999. This is a special price for the festive season, says Google and the regular price of the phone is Rs 31,999. Though we expect that even after the sale is over, the price of Rs 29,999 will stick. Only one variant of the Pixel 4a, the one with 6GB RAM, is going ot be available.

The Pixel 4a is going on sale in offline and as well online stores. Online it is exclusive to Flipkart. In fact, Flipkart is the place where you should see the Pixel 4a in stock on October 16. The offline shops may or may not have the stock of the Pixel 4a on that day.

On the same day when the Pixel 4a goes on sale, the Nest Audio is also going on sale in India at a price of Rs 6,999. This is an updated speaker with smart Google Assistant, and a new refreshing design. Google's focus with this one is on improving the sound quality.

Google says: "It is 75 percent louder and has 50 percent stronger bass than the original Google Home. This smart speaker uses a 19mm tweeter for consistent high-frequency coverage and clear vocals, and a 75mm mid-woofer that really brings the bass."

In India, Nest Audio is available in two colours: Chalk and Charcoal.