Google Pixel 5a is said to launch somewhere in June and may be made or assembled in India. 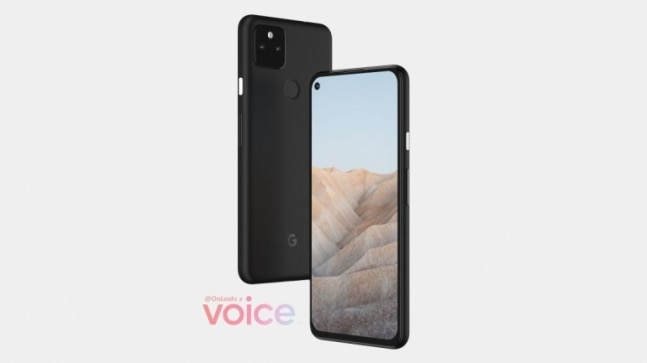 Pixel 5a could end up looking like the Pixel 4a (Image: Steve Hemmerstoffer/ Voice)

Pixel 5a, the next Google Pixel smartphone likely to launch in June, seems to have received BIS (Bureau of Indian Standards) certification. The listing hints that the upcoming Pixel 5a has a model name GROM2. The BIS website lately has become a prominent source where upcoming devices are spotted ahead of the launch. Some reports claimed that Vivo's upcoming Vivo X60 series was spotted on the BIS website, and the company has already confirmed the launch later this month.

Coming back to the Pixel 5a, Google is likely to a big bet on the new Pixel smartphone, and this could mean that we may see a smartphone that's decent on paper and again carries aggressive pricing, much like the Pixel 4a. Tipster Mukul Sharma shared an image of BIS listing on Twitter where G Logo is listed under the brand while GROM2 is listed under corresponding models.

Google has hinted towards an aggressive strategy for the upcoming Pixel smartphone. In an interview with ET Telecom, a senior Google executive said that Google doubled the inventory for Pixel 4a last year for the Indian market and this year, it could increase further. The executive also talked about possibilities to shift a portion of the manufacturing of the device to India. India made units could even be exported, hinted the executive.

Google's affordable Pixel range has been made available since 2019, with the first model being the Pixel 3a that was announced in May. Considering 2020 was a different year because of the pandemic, the Pixel 4a was announced late by August. This way, it is hard to predict when Google plans to announce the Pixel 5a this year. A recent report claimed that the Pixel 5a could be announced on June 11. A leak around the design has shown how Pixel 5a could have a striking resemblance to how Pixel phones have looked like over the years.