A new report cites industry sources for the possible name of the upcoming wireless earbuds by Google this year. The report also mentions that the earbuds will be available in two new colours around the middle of the year. 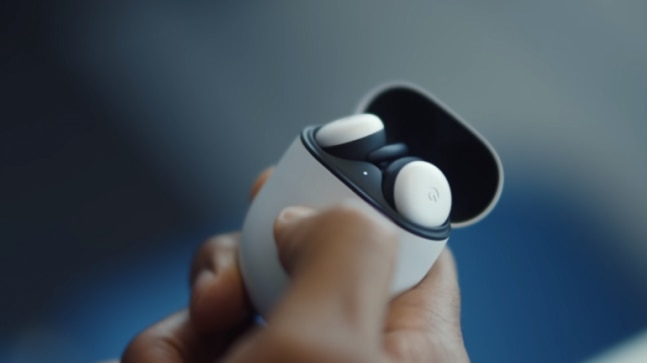 Google has often resorted to the A moniker for its devices. We have seen this in its Pixel lineup with the likes of Pixel 3a and Pixel 4a. It is now being reported that the next wireless earbuds from the tech major will carry a similar tag and will be called Pixel Buds A.

The confirmation of the name comes in a report by 9to5google that cites industry sources for the same. It states that the next generation of wireless earbuds by Google will be available later this year in two new colours.

For those unaware, the Pixel Buds A will come as the successors to the 2020 Pixel Buds that featured the first true wireless earbuds offering by Google. The lineup is built on the 2017 edition of the Google headset that featured a wired connection two buds behind the wearer's head.

The report now states that the next generation of wireless earbuds by Google will be very similar to last year's offering. The only noticeable change will be in the colour options available. For now, these are expected to be white and green.

The white Pixel Buds A will feature an all-white design, this time for the buds as well as their case. In comparison, last year's Pixel Buds in white featured a black plastic on the ear tips, wings, and the interior of the case.

As for the green Pixel Buds A, a dark forest green will be seen on the ear tips and wings of the buds as well as on the inside of the charging case. This will be in contrast to the lighter, Quite Mint colour of the 2020 model.

What to expect from new Google Pixel Buds A

The previous generations of Google earbuds came with several features that we can expect on the upcoming version too. These include touch control for calls, media as well as Google Assistant access.

The report mentions that the touch controls should be almost identical to what was seen in last year's version.

As for the price, the A in the name can possibly result in a more affordable version of the Google earbuds this year. This trend can be observed in the Pixel phones by Google and is expected to be the same for the Pixel Buds A.

The report also hints at a mid-year launch for the wireless earbuds by Google. It bases the expectation on the recently-discovered FCC listings that point to an earlier launch than the usual Made by Google hardware launches in the fall.