The Poco M3 comes with a design that features a triple rear camera system and an interesting dual-tone finish on the back. 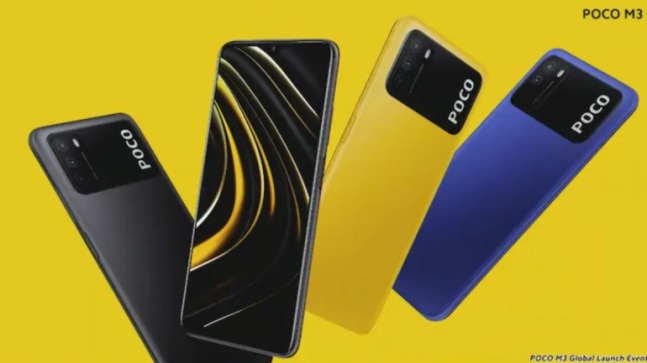 It has been a few weeks since Poco launched its latest smartphone, the M3, globally. Since then, we've been waiting for the company to launch the Poco M3 in India. Over the last few days, there have been a number of stories that have hinted at the eventual launch of the device in the country, with the device recently appearing on the list of supported devices for Google Play.

After this, there were suggestions that the Poco M3 will be launched in India on January 13 with a recent post on Poco Community hinting that the Poco M3 India could launch on this day. However, it now appears that may not be the case as Poco India Country Director, Anuj Sharma has said that the information isn't accurate and the Poco M3 India launch date isn't yet finalised.

Doesn't seem to be right

Talking about the phone, the Poco M3 comes with a design that features a triple rear camera system and an interesting dual-tone finish on the back. The Poco M3 also features a waterdrop notch for its selfie camera and appears to bear a noticeable chin. The phone also comes equipped with a side-mounted fingerprint sensor on the right, with the phone's volume buttons placed just above it. The back panel also features Poco's logo and also plays host to the triple cameras module and an LED flash.

The Poco M3 comes with a 6.53-inch display with support for Full HD+ resolution. The panel also houses a front-facing camera within a waterdrop-style notch. Underneath the hood, we have the Poco M3 powered by the Qualcomm Snapdragon 662 processor, which is backed by 4GB RAM and up to 128GB internal storage. The budget phone is expected to ship with Android 11 out of the box.

Keeping the lights on the Poco M3 is a 6,000mAh battery with support for 18W fast charging which should be good enough for most users. There's also support for reverse charging. Additionally, the phone also gets stereo speakers for music and other audio.