Poco F2 Pro is now official: 10 things you need to know about it

The Poco F2 Pro has been announced as the second flagship model in Poco's lineup and there are a couple of interesting things to know about it. 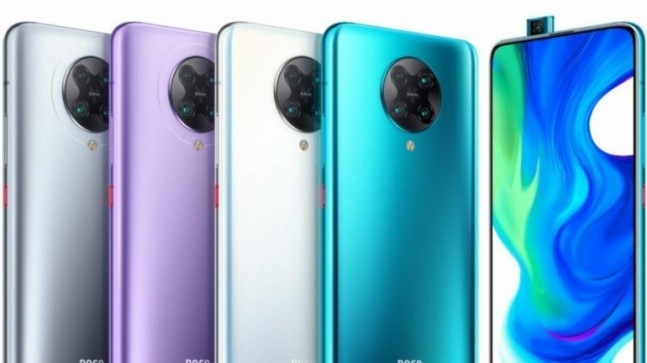 It took Poco a long time to come back with a new phone but what a comeback it has made. Earlier in February 2020, the company announced the Poco X2 in the affordable segment and with the Poco F2 Pro announced yesterday, it is clear that Poco got the tricks of the trade just right. Why wouldn't it, as it was carved out of Xiaomi, a company that knows its customers extremely well. At a starting price of Euro 499, the Poco F2 checks all those items in a list that one expects from a Tier-1 product from brands like Samsung and Apple.

The Poco F2 Pro is right now limited to the European market and if you believe the rumours, it won't make it to our shores. Poco apparently plans to launch a regular Poco F2 for the Indian market at a later stage. As for the F2 Pro, it is said to come as the Redmi K30 Pro in India, probably without the Poco Launcher installed. Hence, if you are willing to buy a new premium phone and the Poco F2 Pro/Redmi K30 Pro is on top of your list, here are a couple of things to know about it

Poco F2 Pro: Top 10 things you need to know about it

-By now, you must be knowing that the F2 Pro is just a rebadged Redmi K30 Pro. Poco separated from Xiaomi this year but it still relies on the latter's resources and supply chain in order to thrive. The Redmi K30 series has been the base for Poco this year, forming its first few phones post its separation.

-Even though the F2 Pro is not exactly a new phone, it is one of the few phones that has all the latest and greatest specifications nerds can dream of. A Snapdragon 865 with liquid cooling, UFS 3.1 storage, LPDDR5 RAM and Sony's flagship camera sensor are just the cherry on top of the cake.

-The Poco F2 Pro makes the jump to a glass and metal body, which is a massive departure from the all-plastic body of the Poco F1. There's Gorilla Glass 5 protection on the front and back, making it comparable to a OnePlus and Samsung flagship this year.

-Despite its flagship ambitions, the Poco F2 Pro is one of the very few phones to still offer a 3.5mm headphone jack. The phone also gets to keep an IR blaster as well as NFC, which is not very common with phones priced in its territory.

-The F2 Pro might be affordable but it doesn't compromise with the display. The phone has a massive 6.67-inch AMOLED panel with Full HD+ resolution. The display has slim bezels surrounding it but there's no notch or a camera cutout (you can thank the pop-up camera). The refresh rate is a standard 60Hz but Poco has bumped up the touch sampling rate to 180Hz. Also, the panel is sourced from Samsung, which means you can expect good colour accuracy.

-Software plays a key role in premium phones and the Poco F2 Pro tries to get it right. You get Xiaomi's MIUI 11 onboard that wears Poco Launcher 2.0. MIUI has its own fan following with a gazillion customisation options and tweaks. It is well optimised too, which means the phone knows how to use its resources effectively.

-One of the great things with MIUI is its power management. The Poco F2 Pro has a 4700mAh battery and with MIUI in place, one can expect a full day's power backup even with some heavy usage. If the battery runs out of power, a 30W wired charging system can get it up to full power in an hour.

-Compared to the Poco F1, the F2 Pro gets much better cameras. There's Sony's IMX686 64-megapixel main camera guiding the quad-camera system and this should deliver some nice results. For creative photographers, there's a 13-megapixel wide-angle camera and a 5-megapixel macro camera. Sadly, you don't get a telephoto camera with the F2 Pro.

-The biggest advantage with the Poco F2 Pro is its price. For Euro 499 (approx Rs 40,000), you get the phone with 6GB RAM and 128GB of storage. For Euro 599, you can bump up the specs to a bragging 8GB RAM and 256GB storage combination. There are only a few phones that offer such an impressive feature list without an intention to burn your wallet.

-Lastly, the Poco F2 Pro gives us a preview of what to expect from the Poco F2, the vanilla model. Given Xiaomi's prowess in making good affordable phones, we can now expect the F2 to have the same Snapdragon 865 fused into an equally premium glass body, probably a punch-hole cutout for the camera, maybe a triple camera system and a smaller battery.

Google Meet is now available to all for free: Here is how to use it