Poco is getting ready to announce the Poco F2 series in the global markets and as the teasers suggest, this is essentially the Redmi K30 Pro carrying a different name. 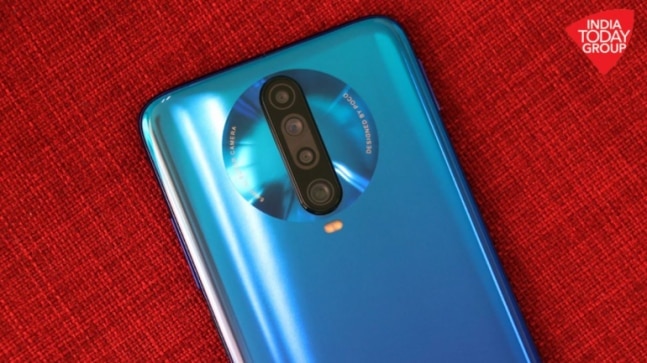 The Poco F2 is coming after a long wait but unlike its predecessor, it is coming to the global markets first instead of being an India-exclusive model for a first few months. Based on the leaks and rumours, it is known that Poco is simply bringing the Redmi K30 Pro from China under a different name. And now, the official teasers from Poco are hinting at the same, with the Poco F2 being a rebadged Redmi K30 Pro.

Online retailer Gearbest has pit up an official teaser page for the upcoming Poco phone and while it does not mention the name, it hints at the Poco F2. Based on the images from the site, it seems that Poco F2 is indeed going to be the Redmi K30 Pro, complete with a notchless display, a circular camera design, powerful chipset and fast-charging battery.

It has been long said that Poco will have two models under its F2 series. There will be a regular Poco F2 that is still mostly a mystery. A second Pro model will be present with the ultimate performance upgrades. The latter is said to be the Redmi K30 Pro being sold as a Poco device. And that's a great upgrade, especially when you compare it with the original Poco F1.

Given that F2 Pro is similar to the Redmi K30 Pro, customers will be in for a treat if specifications are concerned. A Snapdragon 865 chip with 5G connectivity is going to take care of all the performance needs and assisting it is UFS 3.1 type storage along with LPDDR5 RAM. You can also expect the same 64-megapixel Sony IMX686 sensor as the main camera in the quad-rear camera setup. That said, India is said to get a different phone altogether as the Poco F2. Poco India GM C Manmohan earlier confirmed that the Redmi K30 Pro is not the Poco F2 as the latter will be a different phone for the market. A previous leak suggested that the Poco F2 is scheduled to come to India in the latter half of 2020. Poco is currently focusing on the budget segment with the Poco X2 which start at Rs 16,999 and leads in terms of specifications and features.

As for the Redmi K30 Pro, it will come to India as Redmi's flagship. However, leaks say that Xiaomi will bring the Redmi K30 Pro Zoom Edition, which swaps out a macro camera in favour of a 3X optical zoom. This phone could be joining the Xiaomi Mi 10 as the two phones this year with a Snapdragon 865 chip.