Likely to be a phone heavily influenced by the Redmi Note 9 Pro, the phone is expected to not only get a similar design but also feature almost a similar spec sheet as the Redmi device. 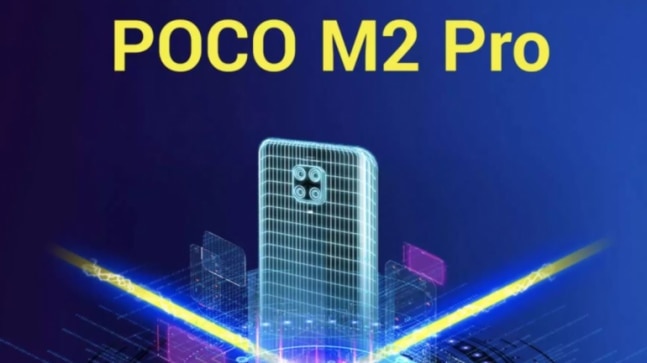 Poco India is all set to launch a new affordable smartphone in India, the Poco M2 Pro. The phone will be launched in the country later in the day, with the company already having announced its launch at 12pm via an online-only event.

Likely to be a phone heavily influenced by the Redmi Note 9 Pro, the phone is expected to not only get a similar design but also feature almost a similar spec sheet as the Redmi device. Ahead of its launch, a number of key specs and details about the device have already leaked online. For what still remains under the wraps, the company will reveal details later today at a launch event which will be streamed via YouTube -- the link for which could be found below.

This Flipkart exclusive was teased on Twitter just a few days ago, with the company officially revealing that the phone will come with 33W fast charging support. This standout feature of the device, paired with a big battery should help make the Poco M2 Pro one of the most sought after devices in its budget segment.

Apart from this, the company hasn't shared any other information about the device. However, the phone has been previously seen on the benchmarking website, Geekbench. The listing shows the POCO M2 Pro will be powered by a Qualcomm Snapdragon 720G SoC that will sit alongside 6GB of RAM tasked to run a phone with Android 10. Earlier, the phone had also been tipped to bring the same specs, when it had been listed on the Indian certification website, BIS. Popular tipster Mukul Sharma had spotted the listing first and shared the information about the phone.

Over the last few days, the company has revealed teasers that show the Poco M2 Pro with a Xiaomi Redmi 9 Pro like the design. There will be four cameras on the back inside a square-shaped module with an LED flash placed beneath it.

If this camera is indeed the same as the quad rear camera setup found on the Redmi Note 9 Pro series, it will mean that the phone will get a 48-megapixel main camera on the back -- the same Samsung ISOCELL GM2 seen on the Redmi Note 9 Pro. Complementing this primary lens could be an 8-megapixel wide-angle sensor, 5-megapixel macro sensor, and 2-megapixel depth sensor. The front camera of the phone could house a 16MP sensor for selfies and video calling.

Keeping the lights on here would be a 5,020mAh battery, which will be backed by 33W fast charging support. For software, the POCO M2 Pro could get Android 10-based MIUI 11 with POCO launcher. Connectivity options on the phone could include 4G LTE, dual SIM support, Wi-Fi, Bluetooth, 3.5mm headphone jack, and GPS.