The company has shared information via Twitter that the phone will bring 33W super-fast charging. The phone could also get a Snapdragon 720G chipset. 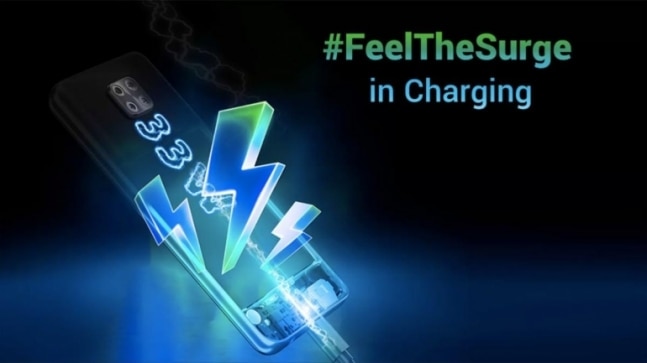 Poco is known to be working on a new smartphone, which it plans to launch on July 7. The company recently sent out invites for an online-only event where it will launch the Poco M2 Pro. And now, ahead of its launch, the company has teased the phone once again, revealing more details about the device.

The information shared via twitter has revealed that the phone will come with a 33W fast charging support. For context, this is much faster than what is being provided by a lot of phones in the budget and mid-range segment.

While the company hasn't shared any other information about the device, the phone has been previously seen on the benchmarking website, Geekbench. The listing shows the POCO M2 Pro will be powered by a Qualcomm Snapdragon 720 SoC that will sit alongside 6GB of RAM tasked to run a phone with Android 10. Earlier, the phone had also been tipped to bring the same specs, when it had been listed on the Indian certification website, BIS. Popular tipster Mukul Sharma had spotted the listing first and shared the information about the phone.

Apart from this, there is little else that the listing has revealed about the phone. But there are a few things that the company has officially revealed using its Twitter handle. Over the last few days, the company has revealed teasers that show the Poco M2 Pro with a Xiaomi Redmi 9 Pro like the design. There will be four cameras on the back inside a square-shaped module with an LED flash placed beneath it.

The upcoming smartphone is said to be powered by a Qualcomm Snapdragon 720G processor. Earlier there was speculation of it housing a MediaTek Dimesnity 820 SoC, but the latest reports suggest Poco could stick to the Snapdragon 720G chipset and pair it with an AMOLED display and quad-camera system.

For those eagerly awaiting the phone, the wait will be shortlived, as the company will take the lid off the device on July 7. "For all those who were on the edge of their seat. It's time to #FeelTheSurge with the #POCOM2Pro. Arriving on July 7th @ 12 PM," read an invite for the launch of te phone. As the invite shows, the smartphone will be launched at an event that will kickstart at 12pm on July 7. It also reveals that the smartphone will be exclusively available on Flipkart.