Poco M2 Reloaded will be launched in India on Wednesday. As the name itself suggests, the smartphone will be an upgrade on last year's Poco M2. 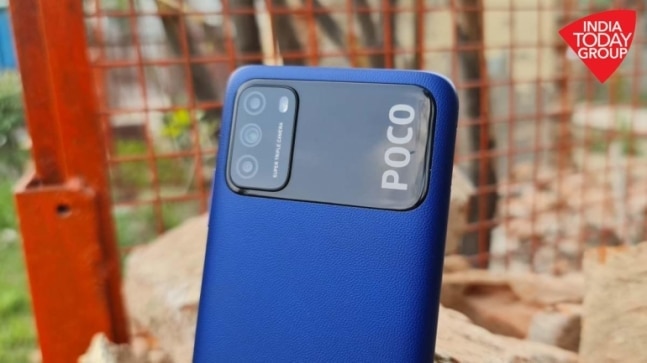 Poco M2 Reloaded will be launched in India on Wednesday. As the name itself suggests, the smartphone will be an upgrade on last year's Poco M2. The smartphone maker has already confirmed the April 21 launch with a tweet while a Flipkart microsite is also live, confirming that the phone will be available via e-commerce website. The smartphone has been teased as the 'multimedia powerhouse' but is expected to brrow most of its features from the Poco M2.

The Flipkart listing also reveals that the smartphone will feature a Full-HD+ display, MediaTek Helio G80 SoC, and design as the original Poco M2. The only major change expected here is a new RAM option which will make the Poco M2 Reloaded more accessible than its predecessor.

The Flipkart listing confirms that the Poco M2 Reloaded will feature a Full-HD+ display, and will be powered by the MediaTek Helio G80 SoC. Apart from this, no other information has been made official. The smartphone is expected to have similar specifications as the Poco M2. It can have a 6.53-inch full-HD+ (1,080x2,340 pixels) display protected by Corning Gorilla Glass 3.

In terms of optics, the Poco M2 reloaded is likely to have a quad rear camera setup including a 13-megapixel primary shooter, an 8-megapixel ultra-wide-angle lens, a 5-megapixel macro lens, and a 2-megapixel depth sensor. On the front, users may get an 8-megapixel shooter for selfies.

The Poco M2 Reloaded is expected to pack a 5,000mAh battery with support for 18W fast charging.

Xiaomi Mi 11 Ultra launch on Friday: Specs, features, India price, and everything we know so far