The Poco M2 Reloaded is positioned under the sub-Rs 10,000 category. Some of its important features include the Full-HD+ display and MediaTek Helio G80 SoC. 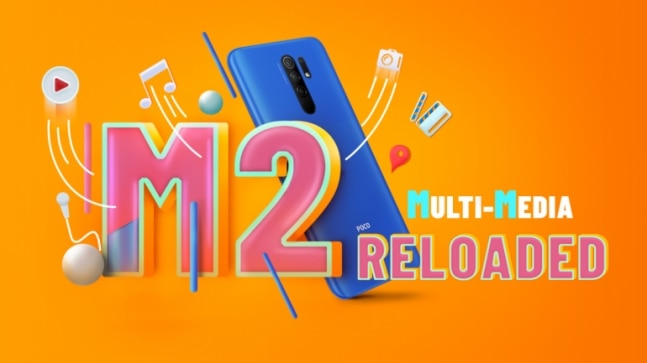 Poco M2 Reloaded has been launched in India. The smartphone arrives as an upgraded version of last year's Poco M2 but, with a new RAM option. The Poco M2 Reloaded is positioned under the sub-Rs 10,000 category. Some of its important features include the Full-HD+ display, MediaTek Helio G80 SoC, and design as the original Poco M2. The new RAM option allows Poco to make the smartphone available at a more accessible price point.

Interestingly, Poco was supposed to launch the Poco M2 Reloaded during a launch event, but that was cancelled keeping in mind the current COVID-19 situation. Poco India's country head Anuj Sharma announced few hours ahead of the launch that the announcement will be made only via Twitter.

"Ever wondered if it could have been a Tweet? #POCOM2Reloaded launches @ 12PM. However, in light of the current situation + safety of our crew, we won't be doing a video live stream. Instead, we'll capture the details in 3 tweets to have min disruption to your day #StaySafe," he tweeted.

Poco M2 Reloaded Price in India has been set at Rs 9,499 for the only 4GB RAM and 64GB internal storage variant. The smartphone will sell in the country via e-commerce platform Flipkart at 3pm, starting today. To recall, the base variant of the Poco M2 was priced at Rs 10,999 while the 6GB RAM was priced at Rs 12,499.

The Poco M2 Reloaded, being an update on the Poco M2, borrows most of its features. The smartphone features a 6.53-inch Full-HD+ (1,080x2,340 pixels) display protected by Corning Gorilla Glass 3. The smartphone is powered by MediaTek Helio G80 SoC, with up to 6GB of RAM>.

The Poco M2 Reloaded features a quad rear camera setup including a 13-megapixel primary shooter, an 8-megapixel ultra-wide-angle lens, a 5-megapixel macro lens, and a 2-megapixel depth sensor. On the front, users may get an 8-megapixel shooter for selfies.

The smartphone packs a 5,000mAh battery with support for 18W fast charging.