Poco is set to launch another smartphone in India. The smartphone maker has already launched two smartphones this year in the country – Poco M3 and Poco X3 Pro. 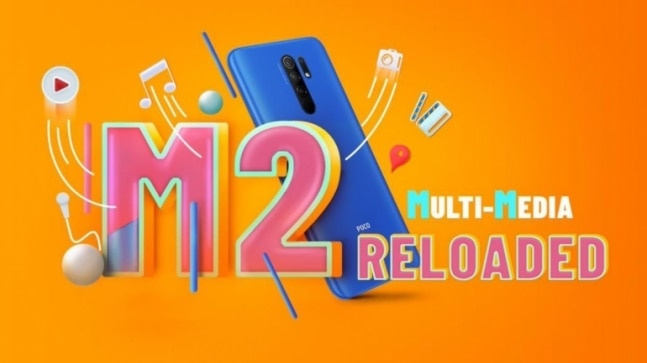 Poco M2 Reloaded India launch is confirmed for April 21. The smartphone will sell online via Flipkart. As mentioned before, the Poco M2 Reloaded should cost less than the Poco M2 in the country. The 6GB RAM and 64GB internal storage variant of the Poco M2 costs Rs 10,999. The 4GB RAM variant might start at Rs 9,999. However, the official price of the phone will be revealed on the launch date.

The Poco M2 Reloaded is expected to feature a 6.53-inch Full HD+ IPS LCD with a waterdrop notch. The screen has a layer of Corning Gorilla Glass 3. The smartphone is confirmed to be powered by a MediaTek Helio G80 processor. The chipset is paired with 4GB of RAM and 64GB of internal storage.

Poco M2 Reloaded features a quad-camera setup which includes a 13-megapixel primary camera, an 8-megapixel ultra-wide-angle camera, a 5-megapixel macro lens and a 2-megapixel depth sensor. For selfies, there is an 8-megapixel front camera.

The smartphone packs a 5,000mAh battery with support for 8W fast charging via a USB Type-C charging port. The device runs Android 10 OS out of the box with a layer of MIUI on top. The phone will have a 3.5mm headphone jack and features a rear-mounted fingerprint scanner.

Facebook Messenger and WhatsApp chat integration likely to be optional