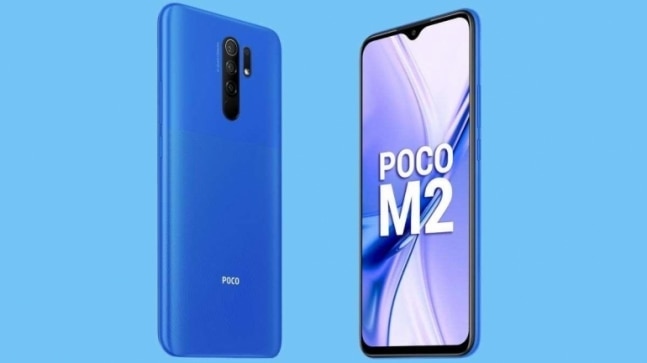 Despite having announced MIUI 12.5 earlier in the week, Xiaomi has not yet been able to upgrade all its phones to the previous version of its operating system (OS) for smartphones, MIUI 12. However, the company looks likely to change that in the coming weeks.

Its sub-brand, Poco, has started to roll-out the MIUI 12 update for its popular Poco M2 smartphone. Currently, the company has rolled out the update for its users in China, Indonesian, Russian, and other Global markets. Users in India have also started to get their hands on the release.

The MIUI 12 update for the Poco M2 comes with build number V12.0.1.0.QJRINXM and is currently in the Stable Beta phase. As such, it is not available to all users and is only available to select users in the country for the time being. However, if users don't report any issues the build will soon be released to the entire Poco M2 user base.

Talking about the phone, the Poco M2 comes with a 6.53-inch display with support for Full HD resolution for watching movies and playing games, while under the hood, the phone hides a MediaTek Helio G80 SoC paired with 6GB of RAM and up to 128GB of storage -- expandable to 512GB. This configuration should be good enough for even mid-tier gaming.

The device also gets a quad-camera set-up with a primary 13-megapixel lens, an 8-megapixel ultra-wide lens, a 5-megapixel macro lens, and a 2-megapixel depth sensor. Apart from this, there is a 5000mAh battery that the company claims can help the phone go on for two days on a single charge. It can be charged using an 18W fast charger shipped with the phone.

Additionally, there's a dedicated microSD card slot, dual-band WiFi. The phone also comes with a two-tone pattern similar to Poco M2 Pro. It will also sport a 3.5mm headphone jack, corning gorilla glass 3, and will be available in three colours - pitch black, slate blue, brick red. There will also be a P2i coating to make it splash-proof. The phone will also come with MIUI 12-based Poco Launcher out of the box.