Poco India took to its official Twitter handle to share the launch date of Poco M2 along with its time. The device will be exclusively available on Flipkart. 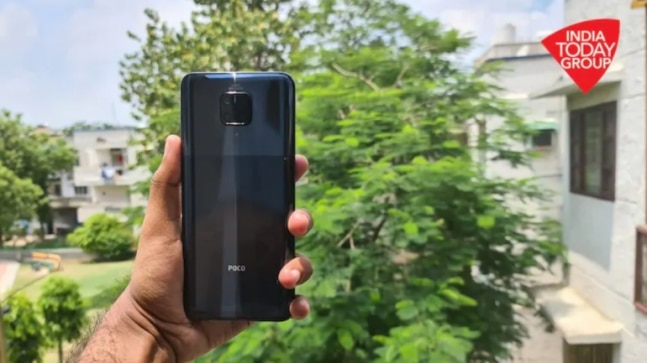 Poco India took to its official Twitter handle to share the launch date of Poco M2 along with its time. Along with the launch date, Poco also shared a teaser that dropped major hints about the design of the device. The very first thing that captures the attention is the waterdrop notch display. The Poco M2 will bring along a big battery and screen as is evident from the teaser.

The launch event will be streamed across Poco India's social media platforms -- including its YouTube page and Twitter and Facebook profiles. Poco has not divulged any details about its price and availability, for now, However, some of the key specs of the device surfaced on the internet ahead of the launch.

Considering the Poco M2 will be a lighter version of the Poco M2 Pro, its display size could be similar to the M2 Pro but the teaser hints at something big. The Poco M2 will feature a waterdrop notch display, as shown in the teaser. The display on the device could be a 6.67-inch full-HD+ (1,080x2,400 pixels) panel with a 20:9 aspect ratio and Corning Gorilla Glass 5 for protection.

Although not much has been said about the processor of the Poco M2, it is expected to come with a gaming chip that could be similar to the Snapdragon 720G. The chipset could be coupled with up to 6GB of RAM.

In terms of camera, the Poco M2 could feature a quad-camera setup but the lenses may not be as good as the M2 Pro. The M2 Pro features a 48-megapixel main camera on the rear along with an 8-megapixel wide-angle sensor, 5-megapixel macro sensor, and 2-megapixel depth sensor. On the front, it has a 16-megapixel sensor for selfies and video calling.

As far as the battery is concerned, the Poco M2 could come with a 5000mAh battery along with support for fast charging.

Poco has not revealed any details about the pricing yet but it would be priced lower than the Poco M2 Pro, which was launched in India for Rs 13,999 for the base variant whereas the 6GB/128GB variant is priced at Rs 16,999.

WhatsApp improves Payments, adds new voice calling features for iOS users
Microsoft Surface Duo may not come to India until 2021, here's why
Explained: WhatApp calls End-to-End Encrypted, but what does it mean for you?
Tags: Poco M2