The Poco M2 is expected to bring with itself a big display and battery. Here's how you can watch the launch live. 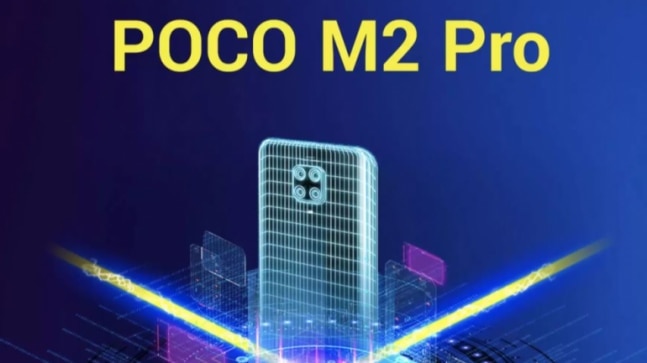 Poco is launching the Poco M2, in India later today. The company will be launching the phone today at 12pm-- a day after the Poco X3 NFC made its global debut. The phone has already been teased to be a Flipkart exclusive, with the e-commerce portal also sharing a teaser that suggests the device will focus on bringing with itself a big battery and screen. The teaser image also shows the phone will get a water-drop notch for the selfie camera. Apart from this, the teaser further promises the Poco M2 will capture "Epic HD Photos" and pack plenty of RAM.

The launch event of the device will be streamed across Poco India's social media platforms -- including its YouTube page and Twitter and Facebook profiles. Ahead of the launch here's everything we know about the device right now.

Currently, there's little information about the internals of the device. However, its specs again are expected to be watered down from what was seen on the Poco M2 Pro. But from what we know, the Poco M2 will have a notched display, as seen in the teaser video. The phone is also said to focus heavily on bringing a big battery and screen as is evident from the teaser.

Apart from this, the Poco M2 Pro can be expected to run on MIUI 11 for Poco, based on Android 10. This was the same software version as found on the Poco M2. The display on the device could be a 6.67-inch full-HD+ (1,080x2,400 pixels) panel with 20:9 aspect ratio and Corning Gorilla Glass 5 protection. Under the hood, the phone could come sporting an octa-core Qualcomm Snapdragon 720G SoC, coupled with up to 6GB LPDDR4X RAM. There could also be a quad-camera set-up on the device. However, the lenses may not be as powerful as seen on the Poco M2 Pro.

More on the device will be known once it goes official later today. So follow this space for the latest information on Poco's new budget segment device.

Airtel vs Reliance Jio unlimited broadband plans: All you need to know