Poco M3 is set to be launched in India on Tuesday afternoon and will go on sale via e-commerce website Flipkart. The smartphone has already been launched in global markets and is being eagerly waited in India as well. 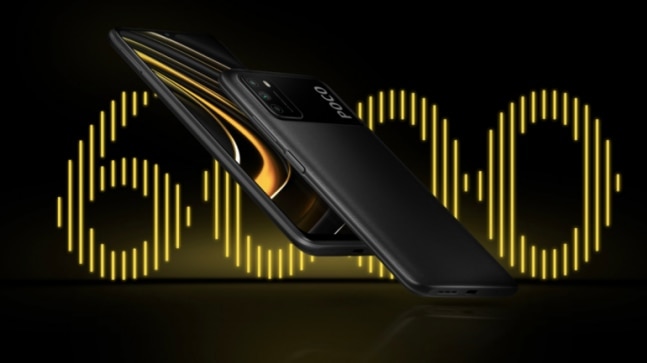 Poco M3 is set to be launched in India on Tuesday afternoon and will go on sale via e-commerce website Flipkart. The smartphone has already been launched in global markets and is being eagerly waited in India as well. The good news for interested buyers is that it will come to the country with better specs. The upgrade comes in the RAM department where even the base model will be equipped with 6GB of RAM.

In other markets, the smartphone is available in two configurations - 4GB + 64GB and 4GB + 128GB model. However, the Flipkart landing page of the phone has confirmed that it will offer 6GB RAM in India. The Poco M3 is also expected to sport UFS 2.2 storage. The 64GB variant offers UFS 2.1 storage while the 128GB comes with UFS 2.2 standard.

Why is it a good thing?

India has emerged as a major smartphone market in the last few years. Yet, most smartphones arrive in the country months after they are revealed in global markets. Some of them even have trimmed down specs. It often denies users the opportunity to get the best possible experience. One of the examples is Samsung's flagship devices that are launched with Qualcomm processors in other markets but use Exynos chipsets in India.

Xiaomi is one of the brands that has been adding India-specific features to its smartphones, be it the IR blaster or dedicated microSD slot and seems like Poco might follow a similar strategy too.

The smartphone is likely to be positioned in the sub-Rs 15,000 segment and will compete against other budget smartphones like Realme 6, Realme Narzo 20 and the Moto G9 Power. The Poco M3 can be available in two different variants - 6GB/64GB and 6GB/128GB. Both of these are likely to be priced between Rs 10,000 and Rs 15,000. The smartphone will come in three colour options - Black, Blue, and Yellow.

The Poco M3 will feature a 6.53-inch display with support for Full HD+ resolution. It will be powered by Qualcomm Snapdragon 662 processor, which is backed by 6GB RAM and up to 128GB internal storage. The budget phone is expected to ship with Android 11 out of the box.